The Importance Of Being Idle 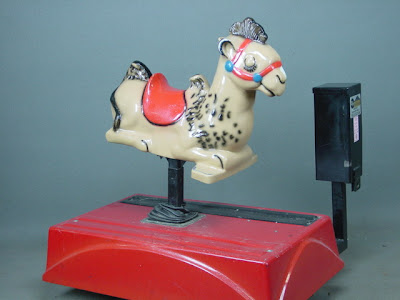 Today is the end of a 14-day period without any saddle time.  I needed the break.  Physically I was OK—I wasn’t really bothered by some soreness in my left Achilles tendon—but mentally I checked out of the 2011 cycling season somewhere around Nov. 16.  At that point I had surpassed my 5,000-mile goal and I had caught a little cold that ended any realistic prospect of squeezing in another cyclocross race.

During the break I received emails and Facebook updates from friends and teammates who either were still racing or were coming back from their own breaks to begin winter training programs.  I’m planning on an indoor trainer session tomorrow but that doesn’t signal the start of my own program.  I simply want to knock off a little rust and see how I feel.  On Sunday I may venture outside at mid-afternoon, but I will require sunshine, light winds and temperatures close to 40.  I’ll go for a hike if the weather proves less appealing.  I’m still in the “want to” and not the “have to” part of the off-season.

Those friends and teammates who already are into a formal training plan have racing objectives as early as April.  Not me.  I have a few competition goals in mind but my “A” races come later in the season.  At least, I think they do.  Wisport has released only a fraction of its 2012 schedule.  The Tour of America’s Dairyland has released its dates but no specifics.  WEMS, ABR and the WCA have released nothing at all.  In the absence of these details it’s tempting to think of everything prior to September as merely a prelude to cyclocross, into which I want to immerse myself.  Realistically, new goals will come into focus as the various racing bodies publish their calendars.  And the WCA’s Wisconsin Cup series—usually interesting to me only from the perspective of a fan—could tempt me in 2012 with the inclusion of more road races.

Pursuing 5,000 miles sometimes turned cycling into a job, and just as I enjoy vacation days free from any responsibility to my employer, so too am I enjoying this time off the bike.  For the rest of the month I will continue with weightlifting, cross-training activities like hiking, and only occasional rides on the trainer or outdoors, weather-permitting.

In January I will recommit to the rigors of a formal plan.  I will be in Atlanta for three weeks on a special work assignment, and I will have my bike and my trainer with me.  I’m really counting on that time.  At the end of each workday I will be free from all other commitments and distractions.  My weeknights will be filled with trainer rides and trips to the company’s impressive fitness center; my weekends will be spent outdoors, building base miles in 50-degree weather.  Equally important, I will have complete control of my diet, which at home is too frequently compromised by a surfeit of irresistible junk food.  There’s no reason I shouldn’t come home in great shape.
Posted by Dave Hanrahan at 5:30 PM