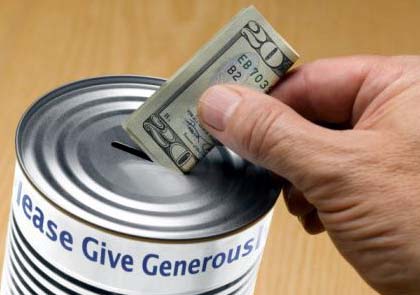 In Wisconsin and across the country, some of the most popular events on the cycling calendar are charity rides.  We have the UPAF Ride for the Arts, the Trek 100 for childhood cancer, the Tour de Cure for diabetes, the Scenic Shore 150 for leukemia & lymphoma, and the MS 150 for multiple sclerosis, among others.  Charity rides draw a lot of participants, raise a lot of money, and can be a lot of fun.  I’ve done the MS 150 twice—in 2006 and 2007—and had a blast.

But charity tours have their drawbacks.  The late, great Sheldon Brown argued that they perpetuate the myth that riding a bicycle is necessarily difficult and painful, that participants must suffer to earn the donations of their sponsors.  Certainly, these events attract a lot of riders who feel a genuine compulsion to help the charities in question, but I argue that for more serious cyclists the ride is the attraction and the needs of the charity are, at best, a distant second.  Such riders use these events as training opportunities: building on their base miles, racing against friends or trying to set a personal record over a fixed distance.  That they are contributing to a charitable cause is a nice extra, but that they are contributing specifically to fight cancer or MS probably doesn’t matter to them.

What if the cause were something closer to home?  The Bicycle Federation of Wisconsin used to have an annual ride to raise money for itself, but I believe potential riders were turned off by its route options—nothing longer than a metric century—and by the lack of specifics from the Bike Fed on how it would use the donations.  A ride for cycling needs those specifics in a way that a ride for disease research does not.  Serious road riders expect some benefit for themselves, not just a handout for bike commuters.

People who ride for recreation have a different mindset than people who ride for transportation, but common to both groups is the threat from motorists.  What if that were the cause, the thing that brought us all together for an annual fundraiser ride?  Take the Ride of Silence concept and raise donations from it.  Put the money into a fund that can provide direct assistance to accident victims or to their families.  We’ve seen cyclists come together in this way before, as in the case of Jeff Littmann.  Motorists continue to injure and kill cyclists who are using the roads in a responsible and lawful way, and always we’re frustrated by the response from law enforcement and by the absence of compassion from the non-cycling public.  Establishing a victims fund is something we could do to help our own community.
Posted by Dave Hanrahan at 9:00 PM