Moroder Photography followed the riders around the Cheesehead Roubaix route on Sunday and took dozens of great pictures that really captured the spirit of the event. 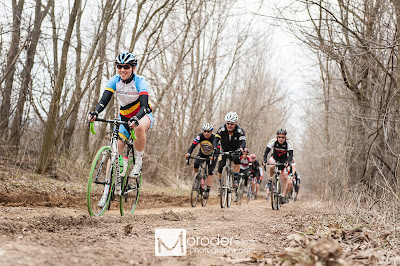 Bill Koehler of Belgianwerkx and Matt Kosloske of ISCorp set the pace on Willow Valley Road. I’m sitting in 25th position at this point of the ride:

I spy with my little eye, Quentin Gniot of Big Ring Flyers and Jeff Wren of Team Extreme at the Belgianwerkx rest stop: 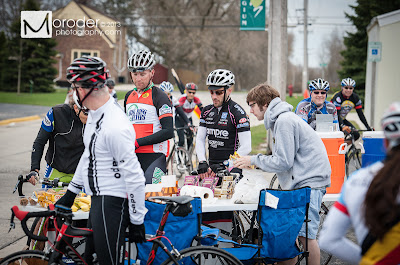 Il Cammello in full effect! When I hit the rest stop I had consumed only half of the sports drink in my bottle. I topped off in Belgium and was almost empty by the end of the ride. 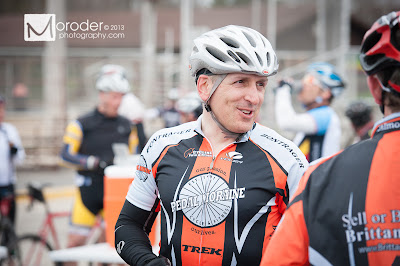 I need a more visually-appealing solution for my cuesheets. Clipping them to my shifter cable with clothes pins just ain’t cutting it: 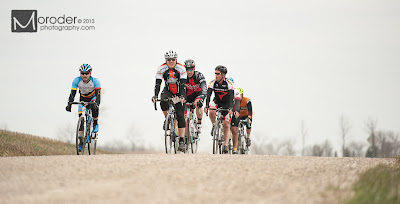 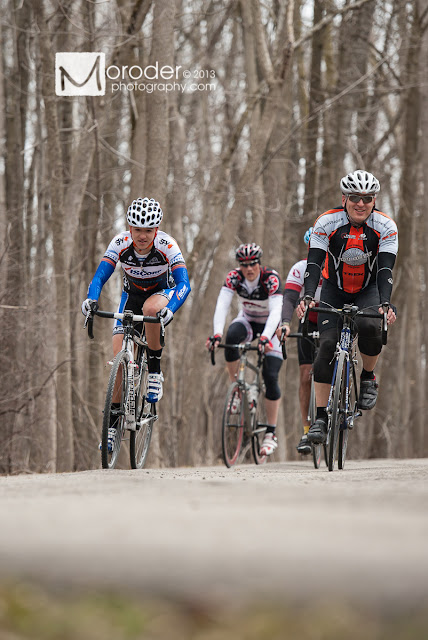 Is that a nervous glance over the shoulder? If I had been with the leaders on the approach to the final hill, I might have expected an attack from Team Pedal Moraine’s Jeff Melcher too! 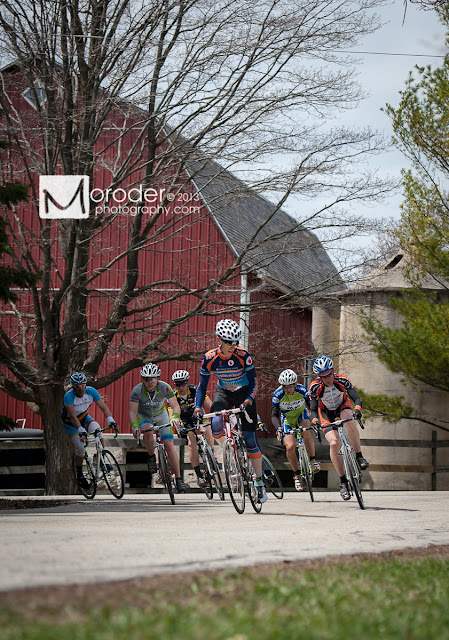 When I arrived at the same point, all I wanted was not to lock up on the Congress Drive climb: 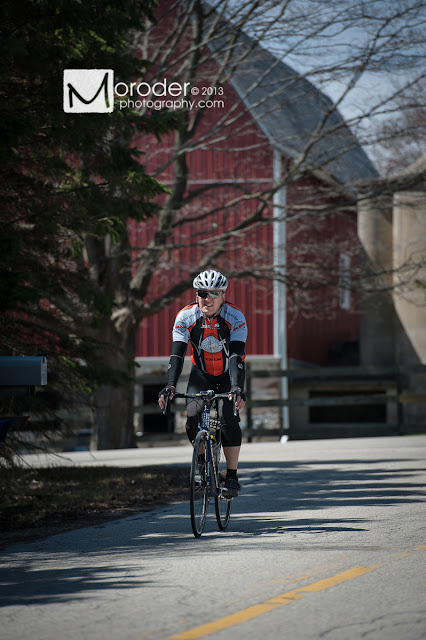 The 4th Annual Cheesehead Roubaix was a great day on the bike. Next year's ride could be even bigger after this year's riders share the photos and stories with their friends. If you want a taste of the Spring Classics of the European racing calendar, Cheesehead Roubaix is the ride for you. There's nothing else like it in southeastern Wisconsin.
Posted by Dave Hanrahan at 2:42 PM