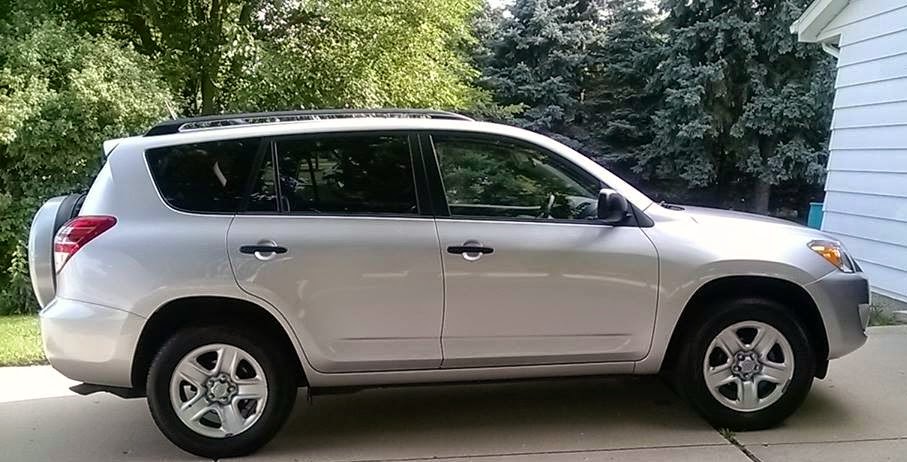 Two weeks ago we identified some major problems with my wife’s car. Today we brought home a new car … new to us, anyway. We replaced a 1998 Toyota RAV4 with a 2009 Toyota RAV4. Maria is delighted to have her own vehicle again, particularly one that so closely matches the one with which she had to part. I am not delighted to have an auto loan for the first time in more than a decade, but the new vehicle is a nice upgrade and it didn’t break the bank.

In the same blog post that brought our car troubles to your attention, I also mentioned that I might have to go to Atlanta on business this fall. Looks like that’s off the table. My company restructured a couple of its operational groups and I have a new boss. I really liked my old boss but my new boss has at least one significant advantage: he’s a serious cyclist and a prominent member of the Atlanta cycling community. Earlier this week he spotted one of my cycling pictures on the company’s intranet—there’s a page where employees can post biographical information as an aid to better interaction over such a far-flung enterprise. He sent me a message and we spent a few minutes comparing interests and accomplishments. A lot of people say that cycling is the new golf, and it can’t be a bad thing that my new boss and I share the same sporting interest.
Posted by Dave Hanrahan at 10:00 PM