Cycling in Washington County took a big step forward with the opening of the Eisenbahn State Trail in 2006. It took another big step forward in 2007 when the City of West Bend paved its section of the trail with asphalt. Those were enormous projects and undeniable successes. But sometimes it’s the little things that make an impact, and within the last week there were three initiatives that will make life easier for cyclists in our area.

Last Thursday Mountain Outfitters unveiled a new workstand in the courtyard behind the shop in downtown West Bend. The workstand features a variety of tools that can be used for minor repairs and adjustments. 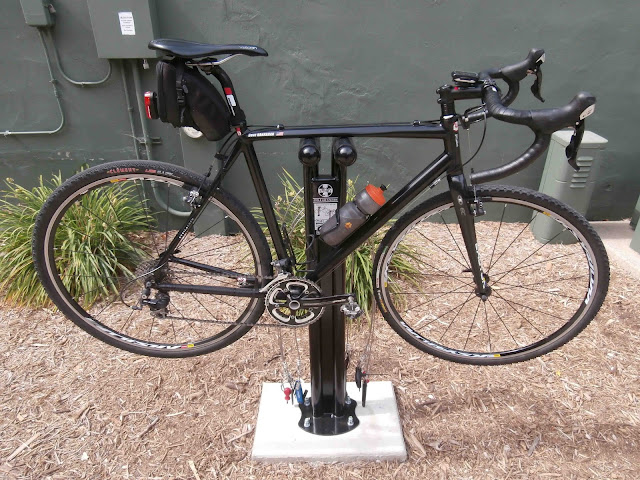 On Monday the Department of Parks, Recreation & Forestry and a private contractor sealed numerous cracks in the Eisenbahn State Trail throughout West Bend. When the city decided to pave its section of the trail, it took over all maintenance responsibilities from the county. Paving was more expensive up front, but asphalt is cheaper to maintain than the crushed gravel surface you’ll find on the rest of the trail. Hard to believe, I know, but true. 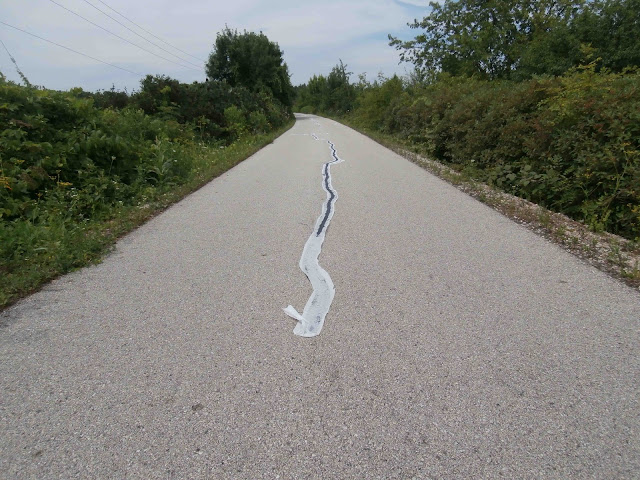 And sidewalk construction has begun along River Road south of the high school, a tangible benefit from 2014 Resolution 66. When the sidewalk is complete, hopefully we’ll see more students choosing to ride bikes or walk to school. 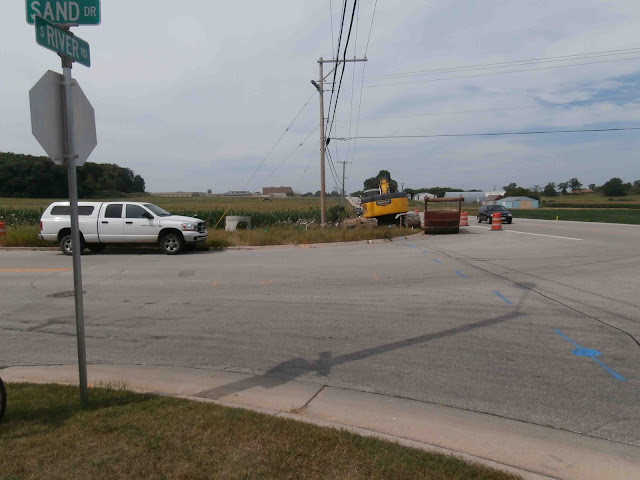 Posted by Dave Hanrahan at 5:45 PM