Why Am I Not Time Trialing? 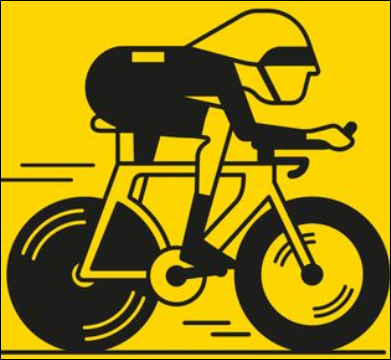 I have done some training TTs, alone and against others, but so far I have done just one honest-to-goodness race of truth: the 2011 Kirke Vei Time Trial in the Wisport series. I did that race on a standard road bike and got smoked by the guys who were rockin’ the aerodynamically superior TT bikes. It’s 8 years later and I think I would give a better account of myself if I tried again … especially if I had the right equipment.

That may seem like a strange sentiment from a guy who this summer has sold his old cyclocross bike and his only mountain bike, leaving just an endurance road bike and a new-ish cyclocross bike in the stable. But I think I have the physiological and psychological makeup to be good at TTs, particularly long ones. With a dedicated TT bike I might be an age grouper with whom to be reckoned. I won’t take on that expense this year, but I won’t rule it out for 2020.

The Wisconsin Cycling Association’s road season is almost exclusively a criterium season, but there are 3 TTs on this year’s schedule. Wisport offers 11 TTs this year, but many are so far away that I wouldn’t consider going to them. My objective, though, would not be to fill my spring and summer with TTs, but rather to give myself a few more opportunities to race close to home. Adding just 2-3 TTs per season might be enough to scratch the itch.
Posted by Dave Hanrahan at 3:21 PM