A Million Feet Of Climbing 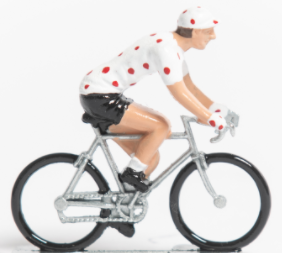 Early in the 2013 season I switched from a traditional cycling computer to a Garmin GPS device. In the 7½ years since, I have logged some pretty big numbers. Garmin has given me a way to track a huge variety of statistics that were unavailable on my old cycling computer. But actually I don’t even scratch the surface. On most rides I’m interested only in time, speed, and distance.

I am sort of interested in elevation gain, though Garmin has given me reason to suspect inaccuracies in those calculations. But there’s a threshold above which the raw numbers are so big that a couple of percentage points of miscalculation become meaningless. So, today I celebrate the completion of 1,000,000 feet of climbing since deploying my first Garmin device. That’s more than 189 miles, more than 34 times the elevation change between sea level and the summit of Mt. Everest.

Not bad for a cyclist whose rides are almost exclusively confined to the relatively flat Midwest, right? Well, this is just another Fun With Statistics moment; there’s no polka dot jersey for me. I spread those 1,000,000 feet of climbing over a total distance of 39,448 miles—208,285,440 feet—making my average gradient a very manageable one half of one percent!

It sure felt steeper.

Posted by Dave Hanrahan at 9:00 PM