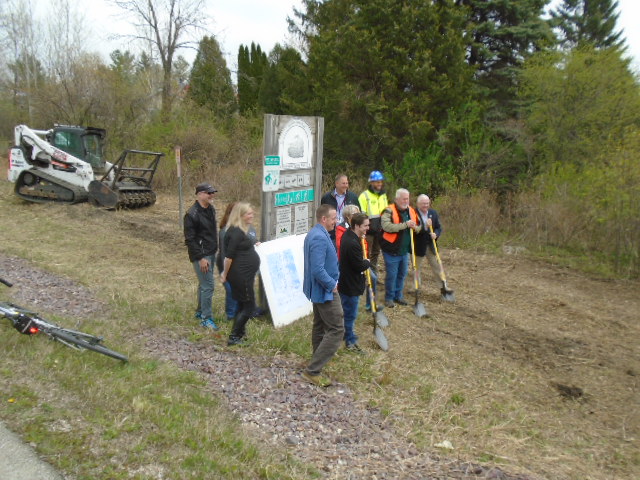 It has begun! The southern terminus of the Eisenbahn State Trail at Rusco Drive will have several new amenities this year, and today a group of about 50 people turned out to celebrate the beginning of construction. The ground is being cleared on both sides of the trail to accommodate off-street parking, a bike repair stand, portable toilets, and more. This picture gives some idea of the orientation of the parking spaces: 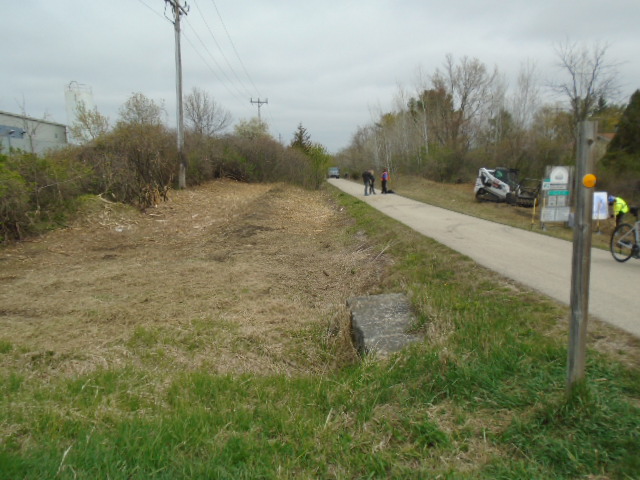 Several local dignitaries were on hand from the City of West Bend and from Washington County government. County Executive Josh Schoemann read a proclamation honoring the work of Bike Friendly West Bend President Jeff Puetz, who addressed the audience: 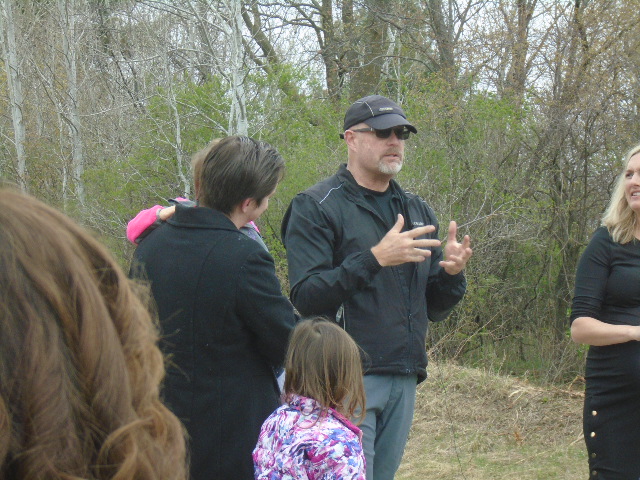 Bike Friendly West Bend raised $20,000 for the project and played a key role in keeping the conversation going for more than 5 years. The project stalled when a telephone company raised the issue of liability if construction disturbs its underground lines. BFWB helped to coordinate conversations with all stakeholders at the local, county, and state levels to overcome the opposition.
Puetz is now the outgoing president of BFWB. He is retiring from corporate life at the end of the month and will step away from his leadership role in the advocacy group soon thereafter as he moves on to a new set of goals. Replacing him will be hard—it might be impossible—but there’s still more work for BFWB to do. If you have an interest in that role or would like to volunteer to help BFWB in some other capacity, then let me know. Let’s keep the ball rolling!
Posted by Dave Hanrahan at 1:00 PM