Not Feeling So Lucky 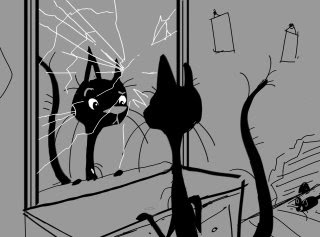 Last year on St. Patrick’s Day the temperature in West Bend was 77 degrees and I did a 50-mile bike ride.  That was an uncommonly good day.  A typical March 17 tops out at 43 degrees.  Today we reached 28, but the wind chill made it feel much colder.  I stayed inside, watched a snow-shortened Milan-San Remo, and got a day older.

This is going to be another bad week, beginning with 1-3 inches of additional snow tomorrow.  In 2012 the DNR opened the New Fane and Greenbush mountain bike trails on March 21.  I’m convinced we won’t see a March opening this year.  Even after we get our last accumulation of snow it will take a lot of warmth and sunshine to dry things out.  And after tomorrow we’re heading for two days of below-zero wind chill, so I'm not contemplating an outdoor ride of any kind until at least Friday afternoon.

I haven’t ridden outside since March 8.  I’m now 11 rides and 304 miles behind last year’s pace. My 12-week training plan is a wreck, so it’s back to the drawing board.  This week I’m starting over: Week One, again.  Weather is largely a matter of luck, but dedication is not.  I have given the former too much influence on the latter.  If I can’t get outside, then I have to dust off the trainer.  It’s that simple.

Last week I mentioned that I might go to Philadelphia for Easter.  But my wife has a new round of cake decorating classes to teach, so she won’t be able to travel.  And my kids say they would rather visit their grandmother during the summer when there’s more to do.  I just want to ride my bike outside.  A good weather forecast for Philadelphia would virtually ensure my visit there because no other option is more cost-effective.  Bad weather in Philly would force me to find a new destination for my training camp, or to scrap the idea altogether.  I can travel very inexpensively by myself; I need only a hotel room and some groceries.  Philly is still a possibility, but it’s not the only one.