Less To Worry About 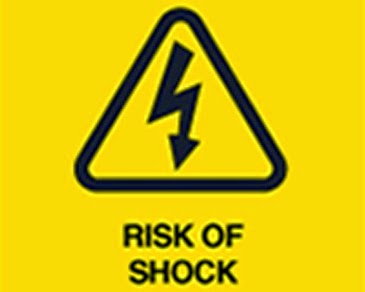 Sunday’s cyclocross race in Madison has been cancelled. The city’s parks department worried that the race would cause too much damage to Hiestand Park. Southern Wisconsin is about to go from frozen and snow-covered to 40-something and rainy. A couple of hundred racers turning several hundred laps on soggy ground is a recipe for deep, muddy ruts. I was probably going to skip the race anyway and now I don’t have to keep watching the weather forecast and delaying my decision.

So, that’s it for the 2014 WCA season except for the state championships. My participation in the finale is far from guaranteed. Even with a poor performance I could wrap up the top spot on series points in the Cat 4 Masters 45+ standings. But if it’s too cold and/or too wet on Dec. 6, then I simply won’t bother. As I have noted before, there’s no prize for amassing the most points in my category. In the meantime, I will keep training. On Saturday I should have an opportunity to ride outside for the first time since Nov. 9. The trainer workouts I have done since then have been a poor substitute.

Having this week off from work but feeling stuck indoors, I completed a bunch of household projects. Most of these initiatives were motivated by Thanksgiving—the house needs to be at its best when we receive guests next Thursday—but a few were motivated by boredom. It’s hard to fill the time that work and cycling usually demand; I probably should have more than one hobby. Anyway, I took care of some things myself and I hired an electrician for the rest. Now there are new ceiling lights in the family room and the home office, a new outlet under the kitchen sink to bring the garbage disposal back online (no more stretching an extension cord across the floor), an up-to-code GFCI outlet next to the sink in the main bathroom, and other improvements. The house is cleaner, safer, more efficient and more attractive.

Home improvements are hugely satisfying at any time of year, but never more than during cold weather months when I’m bored and feeling sorry for myself. Periods of bad weather are also good times to expand my music collection and during the last two weeks I added another 21 titles: an eclectic mix of stuff as old as July 1970 and as recent as 10 days ago, totaling 16 hours of entertainment. Now that I have listened to each title once, I will revisit those I really enjoyed. Too much idle time makes me grumpy, so the combination of the home projects and the new tunes has helped to keep the blues away during this separation from cycling.
Posted by Dave Hanrahan at 8:05 PM