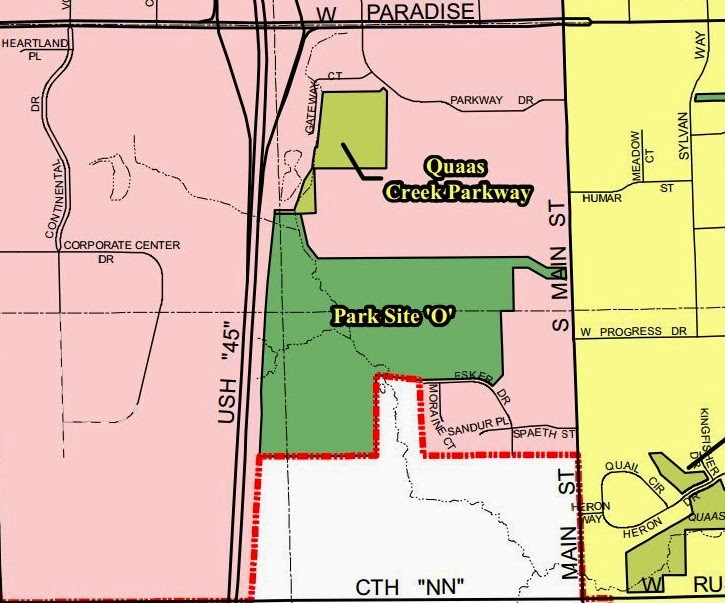 Last Saturday the Daily News ran an article about Park Site O, almost 78 acres of city-owned land for which West Bend has no development plans. It’s a nice property whose size and natural features are nearly identical to those of Regner Park. But unlike Regner, Park Site O is a somewhat isolated property without residential neighbors. Since the city acquired the property in 2002, there has been no public demand for development. In the Daily News article, the city’s Director of Parks, Recreation & Forestry said he thinks development of Park Site O could still be at least a decade away.

Back in 2011, I was thinking about Park Site O as a potential bike park. Clearly, some of that was just fantasy. As cool as it would be to have a velodrome in West Bend, usage would not justify the construction and maintenance costs. But what about a permanent cyclocross course, singletrack for mountain biking, and a pump track? Those possibilities have more realistic requirements—just labor, really, not materials.

I can imagine Park Site O as the new home for cyclocross in West Bend, a replacement for Royal Oaks Park and potentially a venue for sanctioned racing. The Royal Oaks practice course has served us well for the last three years but it is too short to host an actual race and there’s no off-street parking. At Park Site O the entire course could be established with a lawnmower, and barriers—perhaps just small logs dragged out from the woods—could be left in place permanently. The course would be available anytime, not just for an hour or two on Tuesdays in August and September. Creating the singletrack would be mostly an exercise in raking leaves and removing fallen branches. There are few rocks at Park Site O, and little elevation change. And the pump track doesn’t have to be an expensively manufactured feature like the one in Port Washington; it could be constructed out of dirt. The pump track would have a very small footprint and could be placed anywhere with level ground. I don’t yet know exactly where the singletrack would go. The cyclocross course might look something like this:

It would be contained within a rolling, open field: 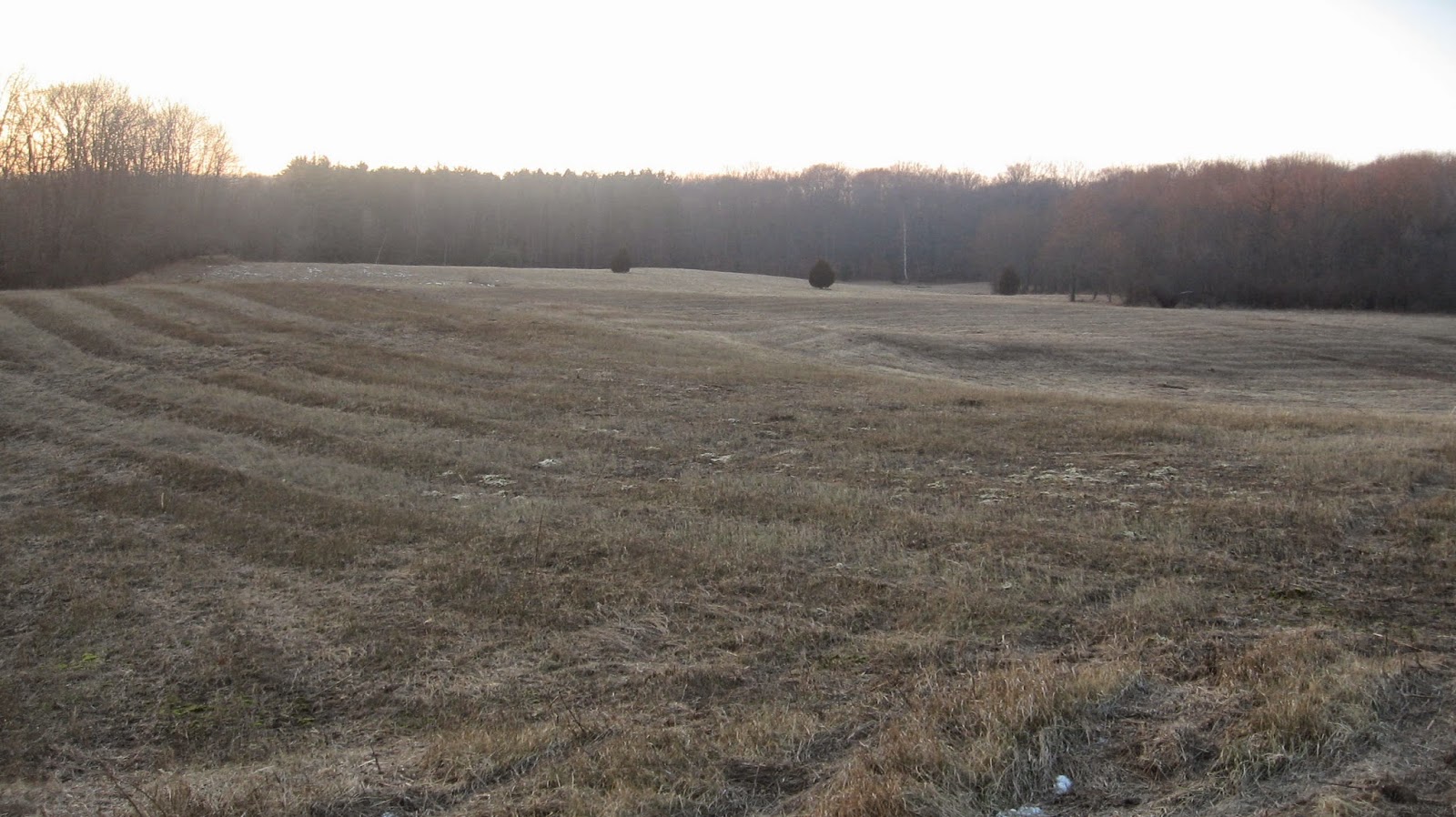 Trails in the field would connect to singletrack in the woods beyond. The woods to the north and immediately to the west consist of widely-spaced trees and few natural obstacles. You could create beginner-friendly trails almost anywhere within them, and that would be a nice complement to the more challenging trails of the city's Glacial Blue Hills Recreation Area.

Turning Park Site O into a bike park would be a big job and certainly is not something I could do alone. But it is an idea that might excite the local cycling community. We'll see. In August I contacted Parks, Recreation & Forestry to see whether I might use Park Site O for cyclocross practice and that idea was well-received. The prospect of development without cost should excite City Hall. The city also can take comfort in knowing that if someday it decides to use Park Site O in a different way, all of my proposed changes would disappear after a few months without maintenance. The goal, of course, is to create something so worthwhile that lots of people will use it and be willing to take care of it for years to come.
Posted by Dave Hanrahan at 5:00 PM