A Happy Friday The 13th 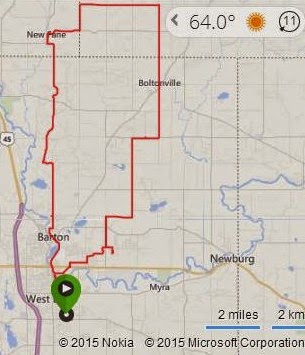 Our streak of incredible weather continues! Today West Bend reached the 60s for the first time since October 28. I rode outside, of course, covering 35 miles in the company of Jeff Wren on the route shown above. I probably will see Jeff again tomorrow for a 25-mile group ride to Newburg and back, leaving the West Bend train depot at 10 a.m. Feel free to join us.

On Wednesday I mentioned a Fond du Lac County meeting in which the issue of year-round ATV access to the Eisenbahn State Trail would be considered. I emailed the five members of the committee and the county’s parks director to voice my opposition. Some of my friends did too, and it was gratifying to get feedback almost immediately. No vote was required at the meeting and no action was taken, but the committee appeared to be unanimous in its opposition to expanded ATV access. While that’s great news, the fight is never over. On Thursday I spoke to my Washington County supervisor and proposed a Memorandum of Understanding for the stakeholders: Fond du Lac County, Washington County, and the City of West Bend. Each plays a critical role in the administration and maintenance of the trail, so each should understand that a major change to the character of the trail in one jurisdiction could negatively impact the others. For trail users, the Eisenbahn is a single entity, not three pieces with wildly different rules. If the other municipalities along the trail—Kewaskum, Campbellsport, and Eden—someday contribute their own resources to trail maintenance, then they should have a place at the table too.

With a successful defense of the Eisenbahn on Wednesday and Washington County’s adoption of 2014 Resolution 66 on Tuesday, the good guys were 2-for-2 this week in working with local governments. Actually, let’s call it 3-for-3. On Wednesday I sent this photo to West Bend’s Department of Parks, Recreation & Forestry: 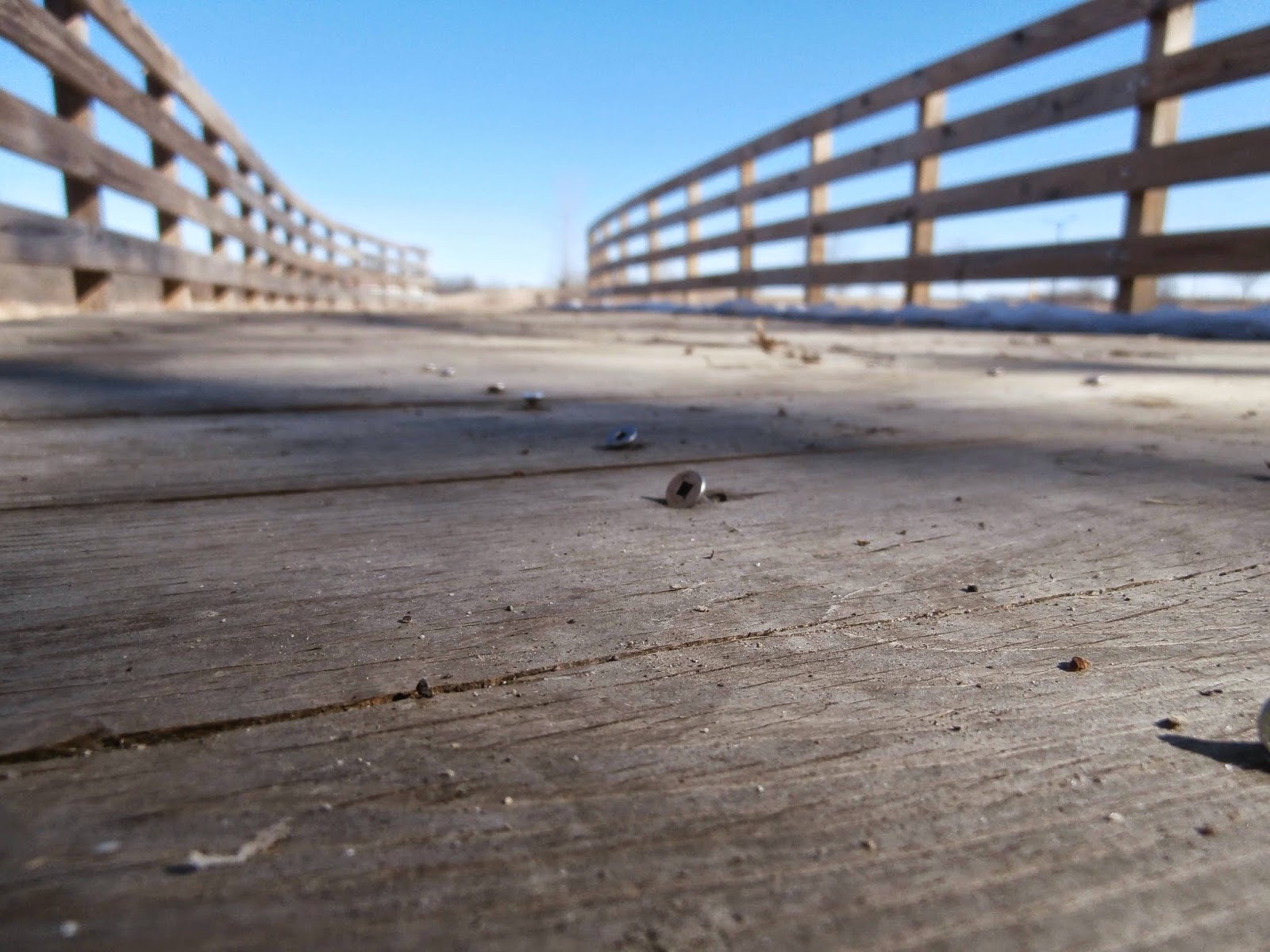 Dozens of screws are working themselves loose in the boardwalk just south of the bridge over the Milwaukee River at Quaas Creek Park. Some of these could be a tripping hazard and most of them are a flat tire hazard for bicycles. Today the city thanked me for the tip, so hopefully the problem will be fixed soon. Be on the lookout for stuff like this and bring it to the attention of the proper authorities. In my experience they always have been grateful for the information.
Posted by Dave Hanrahan at 6:06 PM