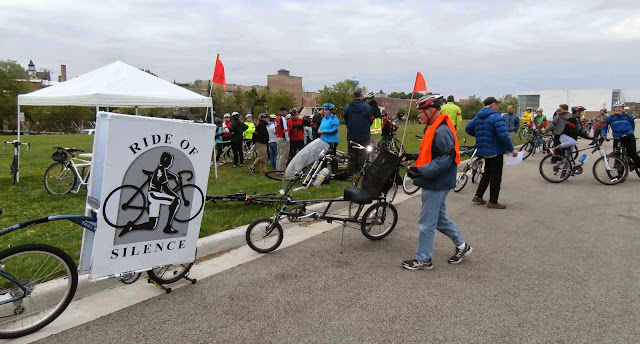 On Wednesday evening I participated in the Ride of Silence, a group ride whose purpose was to honor cyclists who have been killed or injured and to raise awareness among motorists that bicycles belong on our streets. Mountain Outfitters owner Kevin Schultz led almost 50 riders on a 6-mile route that included West Bend’s busiest streets: Main, Paradise, and Washington. This year’s ride went from idea to reality in a matter of days, but the turnout was strong and there is good reason to expect the ride to be even bigger in 2016. The Ride of Silence is held annually across the United States and around the world.
Posted by Dave Hanrahan at 5:00 AM