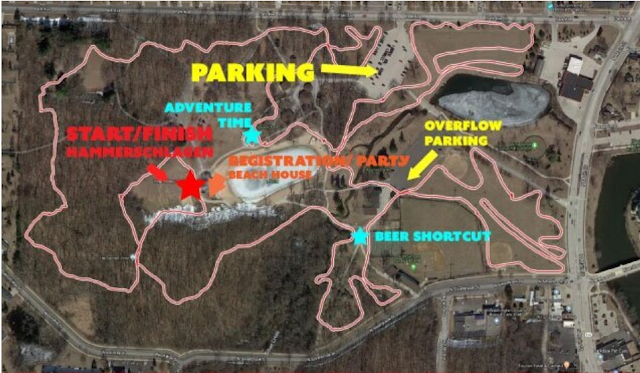 This morning the Hugh Jass Fat Bike Series—now in its 5th season—made its West Bend debut, and Team Pedal Moraine was there in force: in the race and in the big crowd of spectators. The team met at Pedal Moraine for breakfast before descending on Regner Park. I was the breakfast maker and the photo taker. These were the racers: 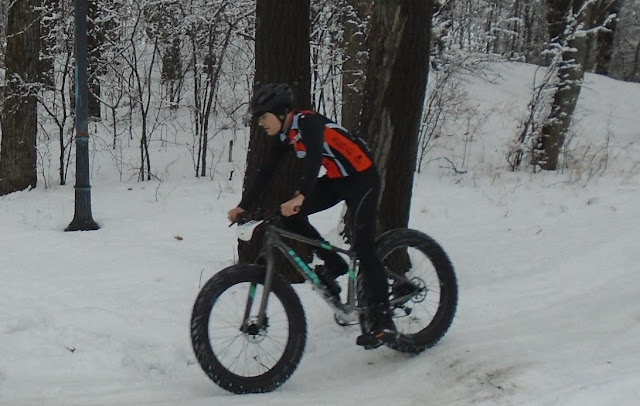 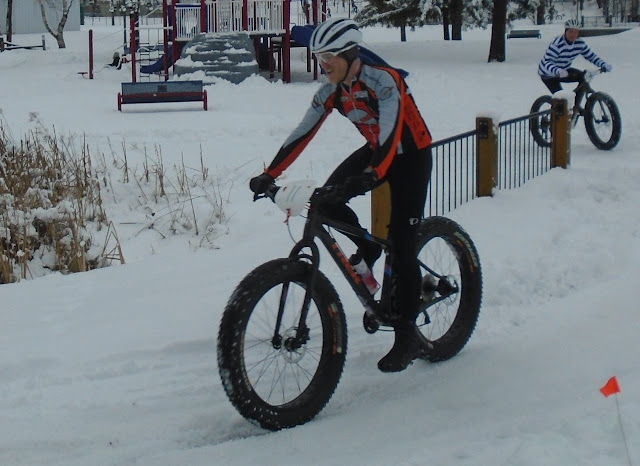 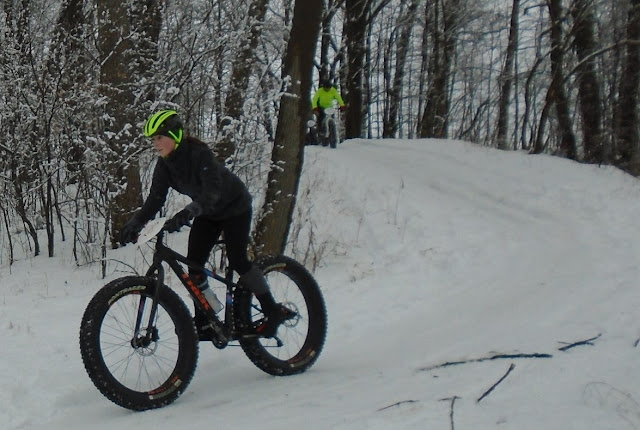 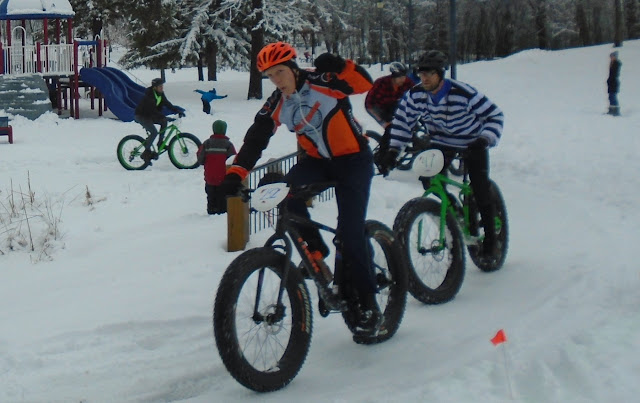 In a series that places fun first and competition second (see “Beer Shortcut” above), good times were had by one and all! Not a bad way to spend a snowy Saturday.
Posted by Dave Hanrahan at 4:20 PM