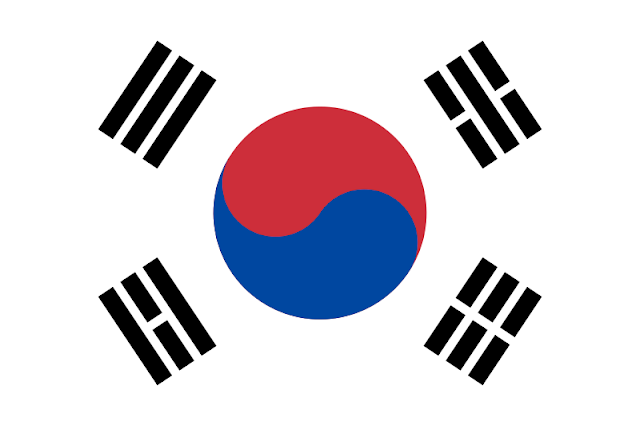 I don’t know how it began, but in recent weeks I have become very interested in South Korea. My curiosity has led to a series of time consuming but ultimately rewarding explorations on YouTube. If these videos represent typical lives in South Korea, then the country is remarkably similar to the United States ... at least in the big cities, where it seems everyone lives in tiny apartments whose kitchens are made superfluous by the occupants’ daily restaurant visits. Enjoying food is obviously a very big deal there, and even the most delicate of Korea’s almost uniformly slim and gorgeous women tuck in with unrestrained enthusiasm.

Cycling appears to be popular in South Korea too, but here also I should be careful not to make too many generalizations based on a handful of videos. There are 52 million South Koreans, after all, and I’m sure most of them aren’t trying to be social media influencers. But of those who are … holy crap, do they spend money on bike stuff! Top-of-the-line carbon road bikes. Closets full of expensive jerseys and jackets. Shelves covered with thousands of dollars worth of shoes, helmets, and designer sunglasses. It’s unbelievable. 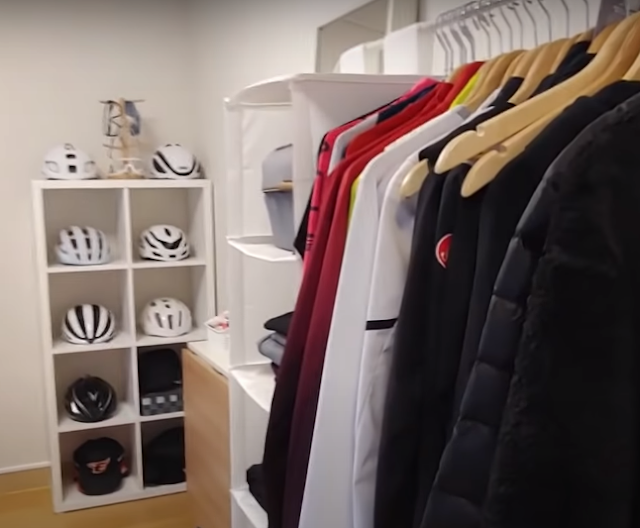 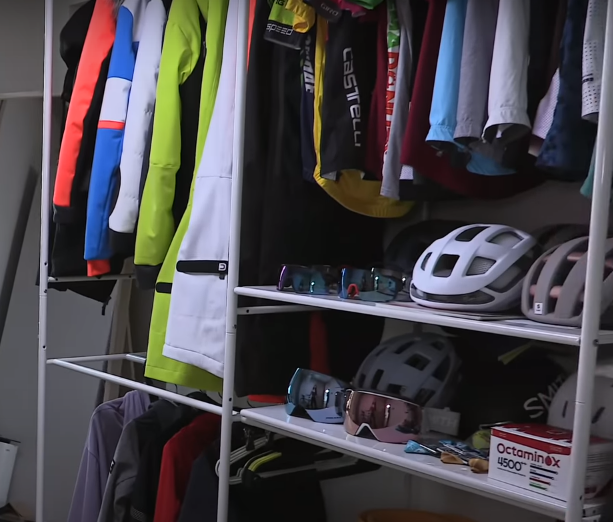 Interestingly, both male and female Korean cyclists show a clear preference for solid colors. I have found few examples of multicolored kit, which is a big difference from the logo-heavy, rolling billboard look of American and European cycling apparel. I’m interpreting this as an example of a cultural bias for modesty that also can be seen on Korea’s highways, where virtually every car is a plain white, silver, or black sedan.

In the videos I have seen many examples of excellent cycling infrastructure: mile after mile of bicycle freeways, with pedestrians removed to their own parallel paths. Maybe the conspicuous consumption of cycling products is intended to impress fellow riders in these dense urban environments. Maybe starting each ride in $1,000 worth of kit is simply the price you pay to hang out with the cool kids. And maybe I’m seeing only the nicest pieces of the collections; I understand that someone preparing to make a video isn’t going to wear his/her nastiest old jersey or a threadbare, ass crack-revealing pair of shorts.

On the other hand, how much stuff do you need? I have one helmet. I have two pairs of shoes because one might get wet and need a day to dry out. I have two pairs of glasses, one for full sun and one for low light conditions. But spend your money any way you wish. Me? I’m more of a waste not one ₩on kind of guy, but it’s interesting to see how other people live, even when—perhaps especially when—I can’t figure out how they can afford it.
Posted by Dave Hanrahan at 12:00 AM