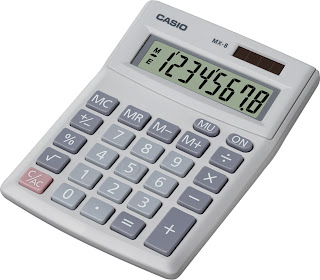 With the day off from work and temperatures in the high 40s, I rode outside today for the first time ever in December.  (January is now the only month during which I have never ridden outdoors.)  Today’s ride was just 10 miles; I would have liked to stay out longer, but it started to rain and I wasn’t willing to get wet.  There’s nothing left to prove this year.

With a total of 4,650 miles, 2010 was my second-highest year for mileage.  I would have set a new personal record—beating last year’s 4,800 miles—if not for the August 6 crash that kept me off the bike for 10 days.  Spread out over 137 rides, I averaged 33.94 miles per ride and that is a personal record.  The mileage breakdown by month looks like this:

I also established a new PR for miles in a single day: 113, on October 17.  That was my only century this year.  But I rode 13 metric centuries, far more than in any prior year.  And, for what it’s worth, I spent 52.5 hours on the bike trainer when I couldn’t ride outside.  For cross-training, I went hiking 10 times, spent 15 hours on the treadmill and did my 30-minute stair climbing workout on 17 occasions.

So, not bad.  But tomorrow the numbers get reset to zero, and it starts all over again.
Posted by Dave Hanrahan at 3:15 PM No comments:

Back in 2004—my first year as a cyclist, not just someone riding a bike—I discovered that I really enjoy rec trails.  Compared to today, I was neither as fit nor as comfortable sharing the road with motor vehicles, so rec trails made for easy days in the saddle.  The Bugline Trail, the Ozaukee Interurban, the Wild Goose and the Old Plank Road Trail were among my first rec trail rides.  I rode the Des Plaines River Trail and the Stone Bridge and Long Prairie trails in Illinois and, while on vacation, the Perkiomen Trail near Philadelphia.

With the opening of the Eisenbahn State Trail in 2006, my affection for rec trails grew again.  The Eisenbahn is a 25-mile-long playground just a few hundred feet from my home.  And like the other rec trails in the immediate area, the Eisenbahn doesn’t require a state trail pass.  But in 2011 my off-road rides won’t be confined to rec trails; I have mountain biking ambitions.  The mountain bike trails at New Fane do require a state trail pass, and I’ve already got mine for 2011.  I’ll need it at Greenbush too, and probably elsewhere.  At $20, my state trail pass likely will prove the least expensive of my preparations for the upcoming season.  Cheapskate that I am, I’ll try to make the most of it.  I’d like to return to the Glacial Drumlin and Military Ridge trails next summer.  I rode both in 2009 but missed them this year.  And maybe it’s time to check out the Badger State Trail, the Sugar River Trail and others.

These days, riding a rec trail isn’t the relaxed day out that it used to be.  Riding a trail in its entirety is now the minimum goal for any rec trail excursion aside from my frequent rides on the Eisenbahn, which take many forms.  When I do ride the entire Eisenbahn, that’s 50 miles round-trip.  On the Glacial Drumlin, it’s 100.  Even without big elevation changes, all those miles add up … especially the unpaved ones.  Rec trails can provide good training.  Sometimes it’s the accumulation of miles and sometimes it’s speed.  At least once a year I time trial the Eisenbahn from Kewaskum to Eden.  Several times a year I ride the Eisenbahn from West Bend to Campbellsport and back, targeting a negative split: a trip back that’s faster than the trip out.  These guys would know what I mean.  Maybe I’ll dust off my Eisengoose Fat-Tire Century route next October and invite them up to West Bend for “Fall B.A.L.L.S.”
Posted by Dave Hanrahan at 7:00 PM No comments:

'Twas The Afternoon Before Christmas ...

With the day off from work I went dashing through the snow.  OK, maybe not "dashing," but I did spend an hour hiking briskly through the snow at Ridge Run County Park.  It was either that or an hour in my basement on the treadmill or bike trainer.  Hiking on snow—even with a good pair of boots like mine—really makes you work.  While the big muscles provide the power, all the little muscles of the feet and legs get recruited to provide stability on uneven ground.  These stabilizers are called upon during any hike, but never more so than on snow.

Tomorrow I’ll hit the trainer for an hour to rev up my metabolism in advance of a Christmas feast.  I won’t prevent all of the damage that gluttony will inflict, but every bit helps.  Then, with Christmas behind me, I will see about losing some weight as I start more earnest preparations for the 2011 cycling season.
Posted by Dave Hanrahan at 6:30 PM No comments: 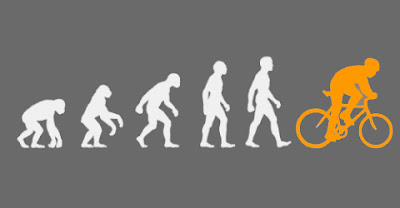 Today I am proud to announce that I will join Team Pedal Moraine for the 2011 season.  I really like the leadership and the direction of the team.  One of the best things about the team is its broad range of interests.  Some teams focus on just one cycling discipline, but Team Pedal Moraine riders compete in mountain bike races, road races, time trials, cyclocross, triathlons … you name it.  The team’s main focus is mountain biking and that will be new to me but I’m excited about it, I’m willing to work, and I’m grateful for the opportunity.
Posted by Dave Hanrahan at 11:22 PM No comments:

Joe Kid On A Stingray 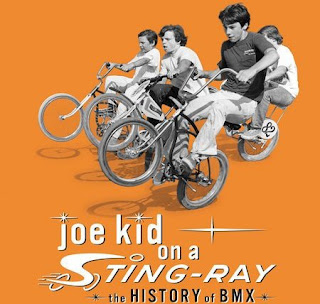 On Saturday morning I will host the first of this winter’s trainer parties.  To attract more participants I have changed the format a little, dubbing the series Spinner and a Movie and planning to show cycling-themed feature films instead of old road races.  I figure you can’t beat “Breaking Away” to kick off the series, followed by “The Flying Scotsman” in January and “American Flyers” in February.  I had to put something on the promotional flyer for March, so I chose “The Tour Baby” but only because I had access to it and not really because I was sold on it as the best choice.
Yesterday’s mail brought my latest eBay find: “Joe Kid on a Stingray,” a fast-moving documentary of the birth and evolution of BMX.  The movie came out in 2005 but it was new to me.  Like all documentaries, “Joe Kid on a Stingray” is real film festival stuff, so don’t kick yourself if you didn’t catch it at the cinema!  Maybe you’ll catch it at the March 12 trainer party.  I watched it last night and really enjoyed it.
The film appealed to me because I was into BMX during those formative years in the 1970s.  BMX at that time wasn’t the half-pipe X Games extravaganza that it is today; it was four-cross on smaller bikes.  I was no stranger to the BMX trails on the banks of the Youghiogheny River in West Newton PA, first on my blue Stingray-wannabe from Montgomery Ward and then on my Sears BMX bike, black with neon green number plates and fenders.  When I moved to Charleston IL in 1976 I found a scene that was a little more organized and I won a few unsanctioned Saturday morning races.  But my modest success didn’t last long, as kids like Tim Woodall upgraded to better bikes …
I grew too big for my BMX bike and “graduated” to a second-hand Huffy road bike.  That’s when the bicycle was my principal means of transportation.  Charleston was a college town and 10-speeds were in style.  Impressing my buddies became less important than impressing the girls, and I figured I couldn’t accomplish the latter on a kid’s bike.  BMX had to go, but it was fun while it lasted.
That many of the best elements of BMX in its original form have found new life as mountain biking disciplines seems to be lost on the makers of “Joe Kid on a Stingray,” but not on me.  And in 2011 when I do my first mountain bike race, I’m sure I’ll feel like a kid again.
Posted by Dave Hanrahan at 10:15 AM No comments: