Yes, I'm on vacation.  Yes, it's good to be on vacation.  But the weather isn't cooperating.  Today I did my first bike ride while on vacation and it was a solid 30-mile effort.  I'll try again tomorrow ... looks promising.  Thursday is 50/50 right now, as rain is moving into the Philadelphia area.  Friday looks like a washout.  This won't be the high-mileage week I needed.  And the way I'm eating!  There will be much for which to atone once I'm back in Wisconsin.
Posted by Dave Hanrahan at 7:29 PM No comments:

What Can You Do? It’s March in Wisconsin and the weather swings wildly between almost nice and several kinds of awful.  Today’s take on awful was a high of 38 with rain for most of the day and sleet for the remainder.  Last week I was able to train outside, but today that just wasn’t going to happen.

I had to stay with my program, though, so I got back on the trainer for the first time since March 12 and did a 1-hour workout with power intervals.  It looks like trainer workouts for me tomorrow and Friday too.  Tomorrow’s weather promises to be even worse that today’s: colder with at least an inch of snow.  And after tomorrow we may be below 32 degrees for the remainder of the week.  On Saturday morning I’m heading to Pennsylvania for a week of vacation that will include a lot of cycling.  The weather in the Philadelphia area should be about 10 degrees warmer than it is here, which is still not great but I’ll make it work.

The new bed has not yet lived up to its price tag.  Sunday night was brutal and I’m fortunate that my training program treats Mondays as rest days.  I wouldn’t have had much to give.  Last night was better but the bed doesn’t yet feel like mine.  Everything is new: frame, mattress, box spring, sheets, pillows.  It’s throwing me off.  I’m Linus without his blanket.
Posted by Dave Hanrahan at 11:03 PM No comments:

Dry roads, abundant sunshine and temperatures in the low 40s proved a winning combination today as I completed my first group ride of 2011.  Eight of us—all Washington County Bicycle Club members—left downtown West Bend and looped through Newburg before returning for a couple of beers at Riverside Brewery and Restaurant, a club sponsor.  This was not an intense training session, but rather a chance to catch up with the guys after a long winter.  The last WCBC ride was back in October, and the new season won’t start until April 23 ... officially.  As more members embrace the Internet as a way to stay informed about the club’s activities, more rides like today’s will be possible.

This is the 130th post in the 10-month history of this blog and for the first time I’m going to mention sleep.  The fact that I haven’t mentioned it before is an indication of my reasonably healthy relationship with sleep, something we all know is critical not just to cycling performance but to virtually all aspects of our lives.  Sleep is on my mind today because tomorrow I’ll have an entirely new bed.  The clearly worn-out bed on which I have slept since 1994 will be gone.  I assume the new bed is superior but the truth is in the lying, as it were.  By Monday I could be out more than $1,000 and have nothing to show for it except an aching back ... which is probably just how these people feel:

As soon as I wake up on Sunday mornings I record my blood pressure, resting heart rate and body weight.  And every week I’m happy with two of the three.

Since the beginning of the year, my blood pressure has averaged 111/66 and my resting heart rate has averaged 50 beats per minute.  That’s good stuff.  My most recent cholesterol screening—completed on Feb. 19—showed a total cholesterol of 179 and a very favorable ratio of “good” cholesterol to “bad.”  My triglycerides were a little high but everything else on the lipid panel indicated robust health.

But the body weight ... damn it, maybe I’m just supposed to be 190-200 pounds.  I’ve tried calorie restriction.  I’ve tried substituting low glycemic foods for high.  No amount of experimentation seems to produce a significant change.  But in recent weeks I have been trying to follow some advice that really rings true with me: “Eat better before you eat less.”  (I’ve seen that quote attributed to a couple of people, including endurance training guru Joe Friel.)  It’s such an easy thing to remember; no calories to count or any of that nonsense.  We’ll see how it goes, this somewhat foreign concept of choosing good foods over junk.

Here at the end of Week 5 the scale says 195, which is the same thing it said last March.  But I’m starting to rack up outdoor miles at a faster rate than I did last year and my weight always drops as miles increase.  Losing 10 pounds of fat before my May races would really help.
Posted by Dave Hanrahan at 11:00 PM 1 comment:

So Much For That 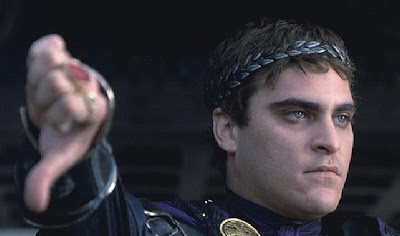 I’m done with trainer parties.  This morning’s event was the finale.  Attendance was OK when I started in 2008-2009, then fell off last winter and failed to improve this winter.  I don’t know why the concept didn’t find a bigger audience.  Certainly, there are a lot of cyclists in and around West Bend who train indoors through the winter and we all know how dull that can be.  Adding a social element was supposed to break up the monotony.  I know it did for me.  And I defy you to find another group training event where you can watch cycling movies, eat healthy snacks, have your fill of water or sports drink and go home with some new cycling magazines, all for free.  I’m disappointed, but not in myself.
Posted by Dave Hanrahan at 3:19 PM No comments:


The end of Week Four of my preseason preparations finds me in good spirits.  Today’s program called for an hour on the trainer but instead I bundled up and rode outside.  It was only 30 degrees but it was sunny and there wasn’t much wind.  Things are different this year: I’m not as averse to riding in cold weather.  Better clothing has helped, but mostly I really want to ride.  I’m hungry for it and willing to endure temperatures I would not have endured before.

After today’s ride I watched the Versus broadcast of the opening stage of Paris—Nice.  Versus will have same-day coverage of each stage this year, an honor usually reserved for the Tour de France and the Tour of California.  Tirreno—Adriatico begins on Wednesday and I’ll keep up with it by visiting Cyclingnews and VeloNews.  (Too bad I don't get the Universal Sports channel.)

The last of this winter’s trainer parties will run from 9 a.m. until 12 noon this Saturday at Mutual Mall in West Bend.  The movie will be Joe Kid on a Stingray, a very entertaining documentary about the early days of BMX.  If you want to see the trainer party series come back next winter, then please attend this Saturday.  Attendance hasn’t been good enough to warrant a fourth season, but I’ll keep it going if enough people show interest.

With next Sunday comes Daylight Saving Time.  To me, its return is as precious as any holiday.  And racing returns to Wisconsin next Sunday with the Kenosha Velosport Spring Criterium Series.  I won’t be competing but I’ll be looking for familiar names in the results.
Posted by Dave Hanrahan at 11:16 PM No comments:

Not New, But Improved

When I bought my Raleigh road bike last year, I knew that there were a few things I would upgrade.  Almost immediately I swapped out the wheels, the pedals, the saddle and the stem, cannibalizing parts from my old Giant OCR1.  I got through the rest of 2010 but I wasn’t completely satisfied with the bike’s comfort or performance.

This winter I have addressed the remaining concerns.  I’ve gone to a wider handlebar: 44cm instead of the stock 40cm, which was way too narrow for me.  That change should ensure more comfort and less fatigue on long rides.  And with the new handlebar comes black bar tape, replacing the white—and therefore filthy—bar tape that came from the factory.  Also, I switched to stainless steel bottle cages to address the clearance issues I had with my old Tacx Tao cages.

But the big change is to the drivetrain.  I’ve upgraded to a full-size Shimano 105 crankset, replacing the compact Truvativ crankset that was stock equipment.  On fast group rides last year I felt like the guy who brought a knife to a gunfight.  I was working my guts out just to keep up, always trying to shift into a harder gear combination that didn’t exist.  The 50-tooth big ring simply wasn’t enough.  Now I have a 53-tooth big ring and a stiffer bottom bracket. I upgraded the pedals too, not so much to increase performance as to decrease noise.  The old ones were kind of creaky and not worth overhauling.

So, I’m anxious to take the Raleigh out for its 2011 debut.  But there’s still a lot of snow, salt and filth out there.  With its cyclocross tires and flat handlebar, my Giant FCR3 should get most of the action this month.
Posted by Dave Hanrahan at 3:17 PM No comments:

But today wasn’t so bad: sunny and dry and 40 degrees (though a persistent wind did its best to make us feel colder).  Armed with new bib tights, the day was good enough for me.  Right after work I got out for a 1-hour ride.  That means no trainer tonight!  The bib tights did what they were designed to do and I’m relieved.  Buying them was a move into uncharted territory.  I have many pairs of cycling shorts and tights, but my last bibs had duckies and kitties on them:


In January I ordered bib shorts for the racing season and based on today’s experience I expect to like them too.  A few people recommended bibs to me over the years but I resisted.  Oops.
Posted by Dave Hanrahan at 9:25 PM No comments: