Learning A Thing Or Two 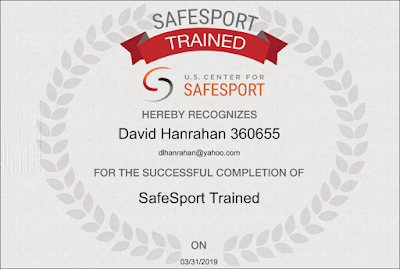 On Monday I received an invitation from USA Cycling to complete SafeSport training in the fight against sexual, emotional, and physical misconduct, particularly against children. My racing team, Team Pedal Moraine, is very Masters-heavy with not a single Junior member. Nonetheless, as the team captain I thought it would be at least symbolically important to get SafeSport trained. One of my fondest hopes for Team Pedal Moraine is that it attract Juniors to its ranks.

If you work for a company with more than a handful of employees, then you probably have completed training similar to the SafeSport program. SafeSport approaches these subjects within a sports framework—examples focus on coach-athlete or athlete-athlete relationships—but the themes are universal. And so much of the training seems obvious, yet our society is never far from a new scandal, a new allegation, a new lawsuit.

Team Pedal Moraine is welcoming, inclusive, and supportive. We’re always looking for new members, and showing our commitment to the SafeSport mission is just one more way we invite you to join us.
Posted by Dave Hanrahan at 11:00 PM No comments:

“Opening Day” is a term closely associated with Major League Baseball, but now that the new season is underway the Rails-to-Trails Conservancy would like you to think of it another way. RTC’s Opening Day will be a celebration of recreation trails across the country, including this event in Milwaukee: 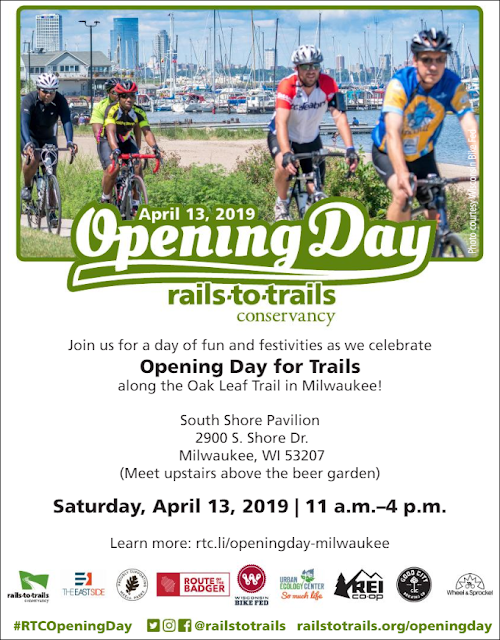 I’m still looking forward to this year’s first full-distance ride on our own rec trail: the Eisenbahn. Going north from West Bend, it’s in great shape until you approach Kewaskum … then it’s a little too soft to be enjoyable. I want to get back on the mountain bike trails at New Fane, too, but they remain off-limits until the DNR officially opens them. That “Opening Day” might not happen for a few more weeks. Patience, folks, we’re probably closer to our next snowfall than to our first 60° day.
Posted by Dave Hanrahan at 6:00 PM No comments: 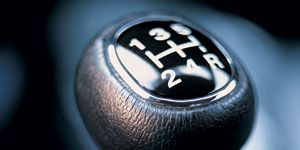 Usually by this point in any new year I have created an Events tab to show you where I think I will be riding and racing. Not so in 2019. My special events calendar has been slow to evolve. I haven’t said much about my plans other than that I intend to return to mountain biking after sitting out last year. And I will, but it’s increasingly unlikely that I will do any racing in the first half of season.

This year’s WEMS and WORS schedules don’t work well for me. Most of the WEMS events are too far away, demanding long drives on Saturday mornings. That’s bad enough by itself, but it’s even worse when you consider I work overnight on Fridays. Running on Sundays, WORS races fit better with my work schedule, but I’m still not willing to travel far. That means I couldn’t hope to compete for a series title, and without such an incentive I am less likely to participate even in nearby races like Englewood, CamRock, and Minooka.

My mountain bike racing season may prove to be all about the WEMS Championships at New Fane on September 7. If that’s true, then the most sensible plan is to train at New Fane almost to the exclusion of all other courses. From a competitive standpoint, that has been a successful strategy in the past. There are other factors arguing in its favor this year, the most compelling of which is, simply, I am very busy with things outside of cycling.

The situation will get worse before it gets better. My oldest child will graduate from college in May. My youngest child will graduate from high school in June and then begin college in the fall. Those will be proud moments for me, but you can easily imagine the demands that they will make on my time, my money, and my energy. There’s also a huge list of home improvements that must be addressed this year. I don’t know how I will do it all, but I don’t have any choice, and my cycling season will suffer for it.

So, don’t expect much from me in the first half of 2019. I am way behind last year’s pace and it could be June before I look anything like the cyclist I should be. My training is still very hit-or-miss, rising and falling with our erratic weather. Trails are still too wet to ride, but as the weather improves I will get into a quiet training schedule that I think will look like this:

Most of that will be solo or in the company of just 1 or 2 friends, even the cyclocross practices, which normally I would confine to August and September. This year I intend to hit Royal Oaks Park every week for short-but-hard workouts of the sort I don’t do often enough. Hopefully that will be a fun way to force myself to do intervals. Five months of that schedule should deliver me to the end of summer in good shape for the WEMS Championships and for the cyclocross season, which I expect to be much fuller than last year’s. The family stuff, the house stuff … those things should settle down before Labor Day.

There’s just so much work to do between now and then.
Posted by Dave Hanrahan at 7:00 PM No comments: 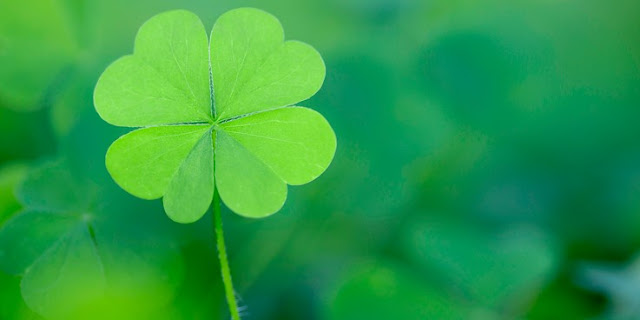 Despite my Irish surname, St. Patrick’s Day has no special significance for me. And, as for the supposed connection between the Irish and good luck, in the troubled history of the Emerald Isle there is clearly more of the bad.

But let’s give this St. Patrick’s Day its due, at least here in Washington County, where we have our own Erin. Today was brilliantly sunny, dry, and generally pleasant if not especially warm. It was good enough for a bike ride—I joined a couple of friends for 30 miles on the roads between West Bend and Newburg—and it looks like the start of a very good stretch. I still haven’t ridden on consecutive days this year; the weather hasn’t permitted it. In the week to come, I might have to force myself not to overdo it. Between now and Saturday, every day should be warmer than the last. The forecast calls for sunshine and manageable winds. Some rain might arrive next Sunday but probably not enough to make the day a complete washout.

I am far behind last year’s pace and I probably won’t make up the deficit by the end of the month. But my racing season is still a long way off. There’s plenty of time to get fit. Right now I just want to get into a rhythm, with more days on than off.
Posted by Dave Hanrahan at 7:00 PM No comments: 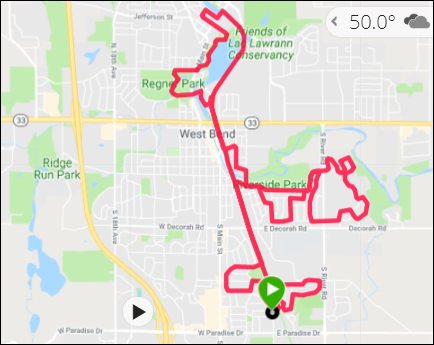 There’s not much to say about this little 1-hour ride other than I felt a moral imperative to get out today. This was the first 50° day in West Bend since October 31! That’s 133 days ago. If you live somewhere with nice weather, just try to imagine spending 4½ months below 50° without interruption. High winds, impending rain, and limited route options kept me from getting too ambitious today. Most park paths are still covered with snow and ice, and our county highway department issued warnings today for several flooded roads. I’m still waiting for the first carefree, go-anywhere ride of 2019.
Posted by Dave Hanrahan at 6:00 PM No comments:

I got to ride outside today for the first time since February 22, exactly two weeks ago. This was the first day above freezing since February 24. Today’s ride was my 5th so far this year and I finally have surpassed 100 miles. Last year I had 150 in January and 125 in February, which speaks volumes about the severity of this winter. And today was great … in its way, but now it’s time to settle in for what will be a very wet, very windy weekend. Next week’s forecast holds some promise: we should get into the 40s by Wednesday and we might even see our first 50° day of 2019. I choose to be optimistic. Tomorrow I’ll be watching Strade Bianche, arguably the most beautiful one-day race in the world. Daylight Saving Time returns early Sunday and that’s much to my satisfaction, as it provides more time to ride later in the day. And Paris-Nice begins on Sunday. We’re getting into that time of year when there’s a bike race almost every day, which is only as it should be.
Posted by Dave Hanrahan at 6:00 PM No comments:

More than 80 mountain bikers attended last night’s meeting of the Park & Recreation Commission at City Hall in West Bend to support improvements to the trails at Glacial Blue Hills. Greg Van Slyke and Rich Ramsey presented the concept on behalf of GEARS. The preliminary plan was received warmly by the commission and by city employees, who promised to work with GEARS on a final plan that can be presented to the Common Council.

The project at Glacial Blue Hills won’t happen overnight, but it has begun auspiciously. In the shorter term, if you really need to scratch that downhill/freeride itch, here’s the 2019 bike park calendar from Little Switzerland, released late yesterday: 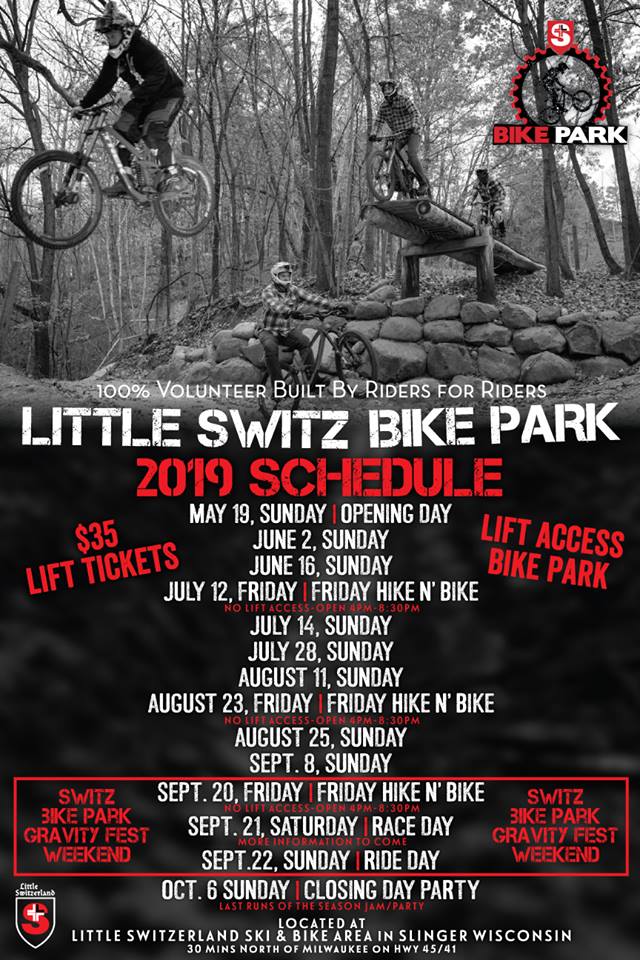 Posted by Dave Hanrahan at 3:30 PM No comments: