Racing for the first time in nearly a month, today I gave a performance at Sunnyview Cross in Oshkosh that was far stronger than it will look in the published results. I was 13th of 15 in the Cat 3 Masters 35+ race. I was also the oldest rider, the realization of which didn’t please me in the slightest. Oh, well.

I got a respectable start from the second row … my best start of the season, in fact. And throughout the race I felt fast and powerful on the straightaways. By the beginning of Lap 2 I was locked in a good fight with Mac Schroeder (unattached), Mike Roth (Team Wheel & Sprocket), and Nathan Phelps (Gryphon Velo Racing). They were a little faster in the twisty, technical stuff; I was a little faster out in the open. I had good energy and I didn’t feel like I was losing anything as the race went on, despite the extra effort I was making to close one gap after another. Schroeder eventually got away but I stayed close to Roth and Phelps. John Svanda (Team Wheel & Sprocket) passed the three of us on the final lap, coming back strong after a front tire puncture early in the race. Svanda’s charge was just enough of a disruption for me that I allowed too large of a gap to Roth and Phelps. I spent the last 2 minutes knowing that I wouldn’t catch them and that nobody would catch me. It was an anticlimax to a race that otherwise was very entertaining and competitive.

When you feel strong and have fun, you want to keep feeling strong and having fun. Hopefully the weather forecast will improve for next Saturday’s race at Estabrook Park. During the past month I skipped a couple of races that I would have liked to do if the conditions had been better. I’m going to hit this year’s mileage goal sometime in the next few days, and Daylight Saving Time runs out next weekend, but I would be pleased to do a few more races before I bring down the curtain on the 2018 season.
Posted by Dave Hanrahan at 7:00 PM No comments:

A Last Breath Of Summer 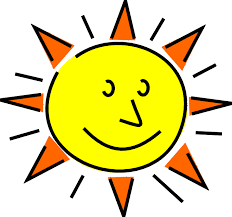 Today turned into the warmest October 9th ever in West Bend: 81°, beating the old record of 79°, set in 1963. The good times won’t last—on Thursday we’ll drop into the 40s and it looks like we’ll stay there for a while. Riding today was imperative. I hopped aboard my trusty Diamondback Steilacoom and did one of my favorite workouts: my Eisenbahn State Trail time trial, 31 miles from West Bend to Campbellsport and back.

Achieving a negative split is always the goal. I made it today … by all of 6 seconds! There’s a little bit of elevation gain on the way to Campbellsport, so the return trip is “downhill.” But today the return trip was almost straight into the wind. That slowed me down for sure. Compare today’s return trip to those from July, August, and September.

Statistics aside, this was just a good, solid workout. I needed it, and I need more like it before I wrap up the season. But it’s going to be a struggle to pull on the thermal gear again in a couple of days.
Posted by Dave Hanrahan at 6:00 PM No comments: 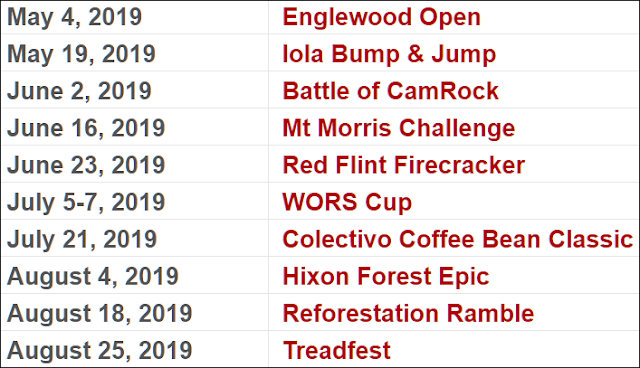 Posted by Dave Hanrahan at 4:00 PM No comments:

With 9 months down and 3 to go, I’m 480 miles away from my 5,000-mile goal. I think I’ll make it. I rode 796 miles in the last 3 months of 2017. Barring an injury or weather conditions that are far below Wisconsin’s already dismal standards, I should be OK.

September wasn’t a bad month overall. I covered 613 miles, my highest total since 2015. But September ended badly. From the 18th through the 30th, I rode only 7 times for a total of 198 miles. Of the 6 “off” days, 5 were full-stop; yesterday I got on the trainer in the home gym for the first time in forever. Today’s all-day rain makes me 0-for-1 in October and a woeful 7-for-14 over the last 2 weeks. I haven’t ridden on more than 2 consecutive days since September 13-17. A wet summer has turned into a wet autumn and I’m losing my motivation. When the days were long and warm I could wait out a rain shower and still do a good ride. Now it’s getting hard to find windows of opportunity. I’m still going to ride, but I don’t know how much I’m going to train.

So, realistically, all I want from the remainder of my 2018 cycling season is to hit that 5,000-mile goal. If I can squeeze in a few more cyclocross races, then I’ll be a little happier. But right now my expectations are low.
Posted by Dave Hanrahan at 6:00 PM No comments: