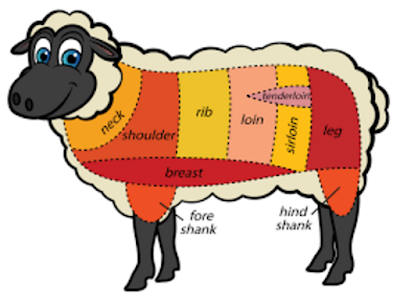 Was this the worst March ever? I could make that case. I did only 6 rides. I logged only 158 miles, my lowest total since 2008. And back in 2008 I wasn’t as prepared for cold weather as I am now, so it’s not even a fair comparison. This month had snow, rain, and high winds in abundance:

I’m going into April with 563 miles, year-to-date, compared to 620 miles last year. That’s not much of a difference, but I don’t think I’m nearly as fit as I was this time last year. March wrecked the momentum I had built with a better-than-average January and an all-time-great February. And the biggest problem is still one whose resolution is nowhere on the horizon: all of the mountain bike trails remain closed. New Fane, Greenbush, Pleasant Valley, Minooka, Alpine Valley, CamRock, Silver Lake … they’re all too wet to ride. It’s not just the frequent rain; it’s also the nearly complete absence of sunshine. There is no consolation in the knowledge that the mountain bike trails are closed to everyone. Most of my racing rivals are better technical riders, and whatever success I have against them comes from greater fitness. I expect my fitness to improve dramatically over the next month. But greater fitness doesn’t guarantee success in competition. I need to sharpen my skills. In April I will take as much time on singletrack as I can get.

The slag heap we call Glacial Blue Hills likely will be the first trail system available to me—maybe by next weekend if the current forecast proves true—and I guess I’ll make peace with it even though I don’t enjoy riding there. Part of my prejudice against Glacial Blue Hills is that it isn’t a race course, so training there feels like a waste of time when I could be training on trails that I will race later. I literally would rather drive the 75 miles to CamRock than the 5.5 miles to Glacial Blue Hills, but that’s a moot point right now. Glacial Blue Hills does have technical trails and long-ish climbs, and maybe that’s what I need but it’s not what I want. I want to rip through New Fane and the Brown County Reforestation Camp.

Looks like April is going to be all about the work. I trust the fun will show up later.
Posted by Dave Hanrahan at 3:45 PM 1 comment:

Have you heard of Bicycle Benefits? It’s a nationwide program for bicyclists that provides discounts on a huge array of products and services. You buy a lifetime membership sticker for $25, put it on your helmet, ride to your favorite local businesses and save money. The program is in its infancy here in Washington County, but it already includes Coffee Corner Bistro in Kewaskum, Coffeeville Company in Jackson, CAL Fitness in Slinger, and all of these locations in West Bend:


Discounts vary by location. At Pedal Moraine, for example, you can save 20% on all bike lights … and those can be expensive, so with a single purchase you might offset the cost of your lifetime membership. Check the Bicycle Benefits website for a merchant-by-merchant breakdown. Going on vacation? Use the website to identify bike-friendly businesses and give them your patronage. Bicycling and small business are essential to strong communities, and this program benefits both.
Posted by Dave Hanrahan at 4:00 PM No comments:

Spring officially arrived today. Whether that means anything to me remains to be seen.

On Saturday I traveled to Oshkosh for the Fox Valley Bike Sale, a swap meet and expo. I wasn’t in the market for anything and the only money with which I parted was my $5 admission fee. But I didn’t come away with nothing: the swap was a gold mine of information. The biggest nugget? Race The Lake is on August 13, not on August 20 as reported in the Bike Fed’s ride guide and on the Wisport website. That’s significant to me because after last year’s good-but-could-have-been-great experience, I wanted to try it again. I didn’t want to miss my favorite WORS race, though, and I know the Reforestation Ramble is scheduled for August 20. Now that I’m sure there’s no conflict, Race The Lake is on my schedule again.

And I might be fit by then: my back is still a problem. On Sunday I did a 35-mile road ride and I was a little uncomfortable the whole time. This morning I felt OK—still not 100% but at least as good as I felt on Sunday—so I did an easy 20-mile ride around town, exploring the parks and finding a “secret” link between Decorah Hills and Badger Lane that I had never seen before. Today’s ride pushed me past 500 miles, year-to-date, and finally past 100 miles, month-to-date. I had such high hopes for March but now I’ll be content if I’m not limping at the end of it. If I have to abandon some of my plans for the earliest weeks of the racing season, then at least I still can dream of late summer.
Posted by Dave Hanrahan at 5:15 PM No comments: 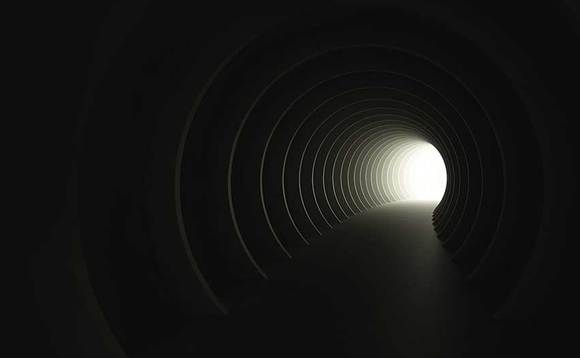 At 1:45 yesterday afternoon we hit 33° to break the evil spell of freezing temperatures that began at 10:20 p.m. last Thursday. My short ride on Sunday was my only ride during that period. I’m anxious to ride again but I’m still very concerned about my back, which has evolved to include some sciatic nerve pain. I have never had that before. On balance, things have been getting better over the last few days but I’m a long way from 100% and I’m trying not to aggravate the area. It’s hard to know what to do: sometimes stretching helps, sometimes not. It’s usually true that the more I move, the more I can move, and the worst thing I can do is to stay in one position for too long. There wasn’t an instant of trauma—an “oh, shit” moment, if you will—when this began. I don’t know what I did, so I don’t know what I shouldn’t do again. After missing a couple of upper body strength workouts early this week, yesterday I returned to the home gym and got through most of my routine. I skipped one exercise that I thought was too risky, but I completed the others without any trouble. That’s a good sign … not as good as a string of pain-free days on the bike, but a good sign.

Whatever momentum I was starting to build in my training for the racing season is probably gone. I will know for sure when I return to the bike this weekend. With just 50 days to go before the WORS season opener, I can’t afford any more delays.
Posted by Dave Hanrahan at 8:00 AM No comments:


We got to 30° in West Bend today, 10° below normal and 50-60° below where I would like to be. Today’s ride was a modest, 22-mile affair on the mountain bike, up to Kewaskum on the Eisenbahn State Trail and then back home with a detour through Glacial Blue Hills. It was my first ride since last Sunday. The weather has been rotten and soon will be even worse: we’re expecting 6-9 inches of snow between tonight and Tuesday afternoon. I am unlikely to ride again until next weekend. With just 50 miles to my credit this month, March is shaping up to be a big disappointment.

Today wasn’t too bad, despite being at the bottom of my temperature range. But like all rides of its type, today’s cold weather adventure was more valuable for my psychology than for my physiology. I just had to get outside. If the day had been a little colder or the clouds a little thicker or the winds a little stronger, then I would have gone hiking. I can kill only so much time with TV and other indoor distractions. The back pain I reported last Wednesday hasn’t gone away completely, so we’ll see how I feel tomorrow. My back did not bother me during today’s ride, but that doesn’t mean I won’t tighten up overnight. Meanwhile, the clock keeps ticking toward the start of the racing season …
Posted by Dave Hanrahan at 6:30 PM No comments:

With fewer than 60 days to go before the start of the mountain bike racing season, I am in trouble. You might even say that my back is up against it … literally. For the second time this year, I’m fighting lower back pain and it’s stopping me from training properly.

The first flare-up came in February after a challenging 44-mile road ride with nearly 2,000 feet of climbing. The latest discomfort came on Sunday after a comparatively sedate and flat 28-mile road ride. I’m experiencing stiffness in my lower back that lasts for days. This is absolutely not normal for me—it’s unusual for my upper body to tire out—but there can be no question that there was a Cause & Effect relationship between those bike rides and the discomfort. At the beginning of any new season there’s a hardening process as I readjust to the rigors of training, but I don’t remember anything quite like this. And I never play with saddle height or other bike fit variables, though many experts recommend lowering the saddle a bit at the start of the year and then restoring it to its normal position as flexibility returns to the body.

It has been a good winter for strength training in the home gym, which only makes this lower back issue more surprising. And I’m trying to maintain a workout schedule despite the discomfort, albeit with some concessions to my reduced range of motion. Whatever is going on, it comes and goes. I have had more pain-free days than painful ones. But I’m losing training opportunities at a time when I should be ramping up the frequency and the intensity of my rides.

This would not have been a problem last year, when cyclocross was my focus. But this year my focus is mountain bike racing. I need to be fit not by the beginning of September, but by the beginning of May. Right now, I am not on track.
Posted by Dave Hanrahan at 1:11 PM No comments: