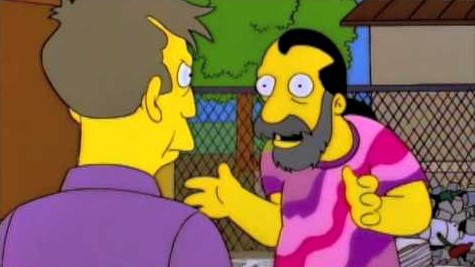 Our crazy-cold November is almost over. I won’t miss it, but December doesn’t promise any improvement. At this time of year, every ride could be the last ride for weeks—or even months. I have ridden only 6 times this month: 137 miles in a little less than 9 hours. I haven’t ridden on consecutive days since October 24-25. But I surpassed my mileage goal for the year and, unless I get injured or I lose a bike, I’m going to remember 2018 as a successful season. I beat last year’s mileage, riding longer this year but a little less frequently. The higher per-ride average is a function of more days on the road and no days on singletrack.

That’s right: no days on singletrack. I have ridden my mountain bike only 5 times, and not since February 13. This year my 29er has been nothing more than a winter bike. Its disc brakes and wide, low-pressure tires make it a good choice for rides around town when snow and ice are present. There might be a little more of that before the end of this year.

I’m already at peace with the idea of fewer miles next season. I want to reach 70,000 career miles by the end of 2019, and I will need only about 3,000 miles to get there. Reducing the pressure I put on myself to squeeze every mile from the year, I should be willing to spend more time on singletrack. I don’t know whether that means I will return to mountain bike racing. The WORS schedule doesn’t thrill me, so my plans may hinge on the WEMS schedule that hasn’t been released yet. Whatever happens, it’s still a good idea for me to get back in the woods. If riding singletrack isn’t preparation for mountain bike racing, then at least it’s good training for cyclocross, where my handling skills are holding me back a bit.

I am thinking about replacing my 2011 Trek X-Caliber next season, but I probably will wait until 2020. A reliable source tells me that Trek plans a major revamp of its mountain bike line in 2020, more bang for the buck if I can delay my purchase. If I’m just training and not racing in 2019—even if I am racing, but only a little—then getting another year out of the X-Cal is a no-brainer. Again, a lot hinges on the WEMS schedule.

I am re-thinking the future of my 2011 Diamondback Steilacoom, a bike made more-or-less superfluous by my purchase this year of a 2017 Trek Boone 7. The Boone is my cyclocross bike now, but that’s not asking a lot of it. I have spare wheels/tires/cassettes that can turn the Boone into a rail-trail/gravel bike or a backup road bike in a matter of minutes, so it’s hard to make a good case for keeping the Diamondback.

I have a bunch of spare parts to unload too. “Someday I might need this” is an argument whose truth is no longer apparent to me. I want just enough stuff to keep me rolling if one of the bikes goes down for maintenance. Clothing? Same deal. I recently got rid of some old jerseys that I stopped wearing long ago. I’m no hoarder, but stuff just accumulates, you know? It’s time for a leaner approach to my equipment and a more honest assessment of what I really need.

So, that’s an early glimpse of my 2019 season: tear down first, then rebuild.
Posted by Dave Hanrahan at 9:00 AM No comments:

First Look At The County Plan 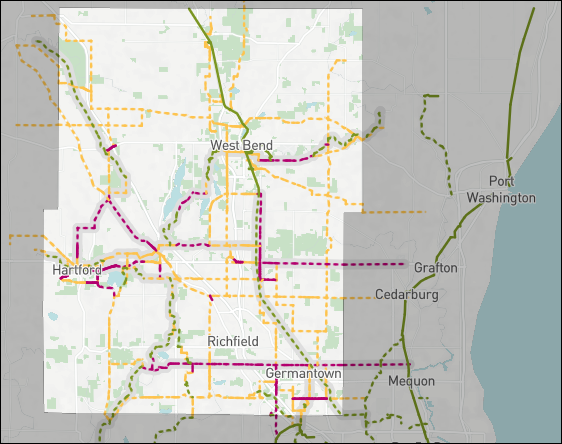 As you may know, in my role as the representative from Bike Friendly West Bend, I am one of the voting members of the committee assembled by Washington County to aid Toole Design Group with the development of a master bike and pedestrian plan to be adopted in 2019. A lot of work has gone into the plan already, but not a lot of public input has been received. Here’s another opportunity for you. Now that there are lines on a map, now that this is not just an abstract idea, go to https://tooledesign.github.io/WashCo-Welcome and give your feedback. It’s not too late to influence the process. I don’t want to hear, at some future point, “what THEY should have done … ”
Posted by Dave Hanrahan at 4:30 PM No comments:

The dominance of Mathieu van der Poel is destroying cyclocross at the elite level. If you are not a fan of the Dutch rider, then you are probably wasting your time as a spectator. Right now he’s so far ahead of everyone else that he simply decides when and where he’s going to take the lead. In yesterday’s Superprestige race at Gavere, van der Poel’s winning move came on a descent that only he could ride at full speed. And once he gets to the front, the fight goes out of the rest of the field.

For the elite women, meanwhile, there’s a different winner almost every weekend. The races have been unpredictable and dramatic.

If you want to know how to watch cyclocross this season, then here’s a quick guide based on my experiences:

1. Wake up early to account for the time difference between here and Europe.
2. Find the streaming coverage on the Internet.
3. Watch the entire women’s race. It will be exciting from start to finish.
4. Watch the staging for the men’s race.


5. Watch the entire men’s race. It will be exciting from start to finish.
6. Watch the men’s race until van der Poel takes the lead.
7. The race is effectively over. Stop watching and put 50-59 minutes back into your day. 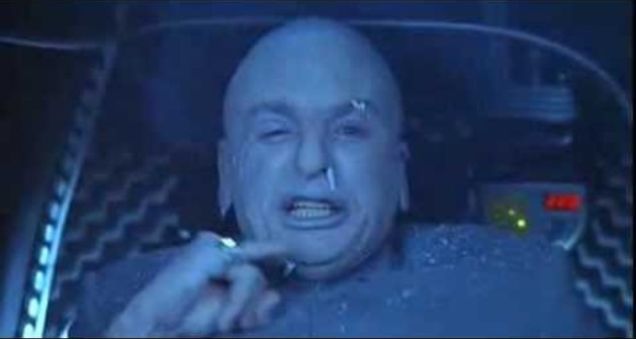 As I write this, the wind chill is 15° … January cold in early November. Wind speed will increase overnight and the wind chill will fall into single digits. That sucks, but it’s not really surprising. Nor is the inch or two of snow we got this morning. Would you believe that just one month ago—October 9—Washington County had its last 80° day of the year? Then things went to hell: the following day was both the last 70° day and the last 60° day. We were still above 50° last Wednesday, October 31, but time appears to be up. There’s nothing in the forecast for me: all 20s and 30s.

Looks like the bike ride I did on Monday will be my only bike ride this week. I don’t think it will prove to be the last one of 2018, but who knows?
Posted by Dave Hanrahan at 4:11 PM No comments: 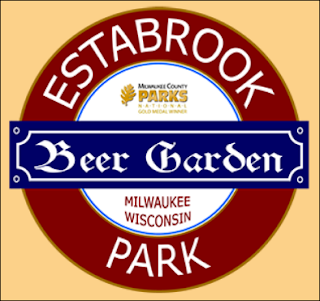 It’s pretty obvious by now that I’m not contending for a top spot in the Cat 3 Masters 35+ division of the Wisconsin Cycling Association’s cyclocross series. I’m not even challenging for a spot in the top half of the field. But today’s race at Estabrook Park provided many reminders of why I’m still pinning on a number.

I was 16th out of 18 racers today, far behind winner David Studner (Trek Midwest Team). But as was true last Saturday in Oshkosh, I raced well and simply lost to faster guys. Younger too: once again I was the oldest man in the race. I had good energy, the right tire pressure, and a solid tactical approach.

I started from a disadvantageous position on the third row of the grid—that’s the position I earned with my previous race results—but I got into my pedals right away and hung with the group in the early moments. If this year’s course had been more like previous courses at Estabrook, I might have been OK. Unfortunately for me, this year’s course did a lot more twisting and turning. I’m not as suited to that style of racing as I am to hammer-down, straight-line power displays. Still, I handled the bike well enough to keep it upright and moving forward.

At the end of Lap 1, I was working with Don Iwen (Colectivo Coffee) to get rid of Jeff Wren (Team Extreme) and work back to Mac Schroeder (unattached) and Nathan Phelps (Gryphon Velo Racing), who were just a few seconds ahead. At the end of Lap 2, Wren was falling off the pace but Iwen and I were losing a little more ground to Schroeder and Phelps. I resolved to drop Iwen, convinced that I had a better chance with a solo pursuit. My plan almost went awry on Lap 3 when I briefly tangled with the course tape next to one of the barriers, but I maintained and then extended my lead on Iwen and continued in pursuit of Phelps, who by that time was unable to match Schroeder. I could tell I was coming back to Phelps, but not quickly enough. I probably needed 6 laps, but the race was only 4. Still, good times! I always had someone to chase and someone to drop.

I got a complimentary post-race beer and bratwurst, basked in the sun for a bit, and enjoyed the company of friends before calling it a day. It’s a good group of people at a cyclocross race. Special thanks to Travis Goodlund (Brazen Dropouts) for returning a Team Pedal Moraine jacket I foolishly left behind last weekend. I wore it during my warmup, then discarded it on the starting grid and forgot to retrieve it after the race. Those jackets aren’t cheap. It’s nice to have it back!
Posted by Dave Hanrahan at 7:00 PM No comments: