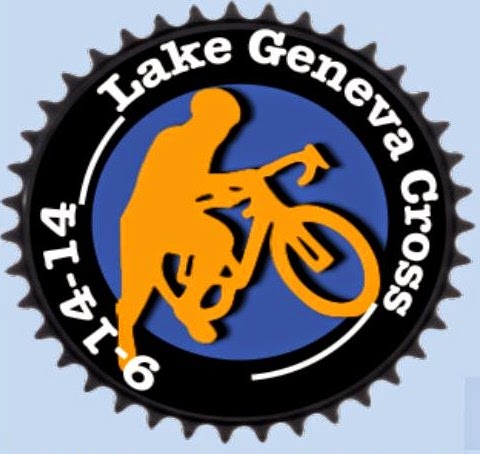 Two races into the new WCA cyclocross season, I don’t know where I stand. On Sep. 6 at Sheboygan I had a successful series opener: 3rd place out of 13 in Masters 45+ Cat 4. But today at Lake Geneva I finished firmly in the middle of the pack: 13th out of 27.

The biggest question is, “Who am I racing against?” Dan Cleveland of Wheaton IL was today’s winner in a field split almost evenly between racers from Illinois and racers from Wisconsin. The two guys who beat me last weekend did not start today. I grabbed 5 points to move into a tie for 2nd place in the series, which now is led by fellow West Bend racer Troy Sable on the strength of his back-to-back 5th place finishes. If history is any guide, then most of the visitors from Illinois were using today’s race to tune up for their own series—the Chicago Cyclocross Cup begins on Sep. 28—and they do not have WCA series ambitions. But until we get a little deeper into the season their presence in the standings will make it hard to pick out the real contenders.

I didn’t ride badly today, but course conditions were less than ideal for me. Lake Geneva features a lot of off-camber turns and early this morning the grass was exceptionally wet. A long straightaway that used to be covered in wood chips is now a strip of mud. Potential hazards were everywhere. For the most part I picked good lines and I never felt like I was in imminent danger of crashing; I just couldn’t go very fast. When I could apply power to the pedals I chased people down or outdistanced my pursuers, but such moments were rare.

Two racers from Team Pedal Moraine reached the podium today. Jeff Melcher was 3rd in Masters 35+ Cat 1/2/3, and Steve Cummins was 3rd in Masters 55+ Cat 4. Cummins won his race at Sheboygan and remains the points leader in his category. The series will continue in East Troy on Sep. 27 and I plan to be there.

But I am probably out for the Trek CXC Cup next weekend in Waterloo. There are no series points on the line, the races in my category start even earlier in the morning, the entry fees are significantly higher, and in a large field I would be challenged to finish well enough to grab any USA Cycling upgrade points. Put a chance for rain into that mix and I probably should find something else to do.
Posted by Dave Hanrahan at 9:00 PM