Is It Time For The Milwaukee River Trail?

I was at City Hall for 2 hours today, talking to the staff of Parks, Recreation & Forestry about things I would like to see in the future of West Bend’s parks and trails. You wouldn’t call it a meeting; today’s gathering was more of an “open house.” The department will do it again on Thursday, Jan. 29, 4-7 p.m. Hopefully, that session will get better attendance. I was one of just a few visitors today. Despite the low turnout, I felt like my time was well-spent. If you can go next week, then do it. If you can’t attend, then take this survey to let the city know what you would like to see.

I’m all about Park Site O right now and the folks from Parks, Recreation & Forestry have expressed support for trail development there. But I also was interested to hear about the prospect of development along the Milwaukee River near the airport. The new trail would link to existing trails in Quaas Creek Park and would look something like this: 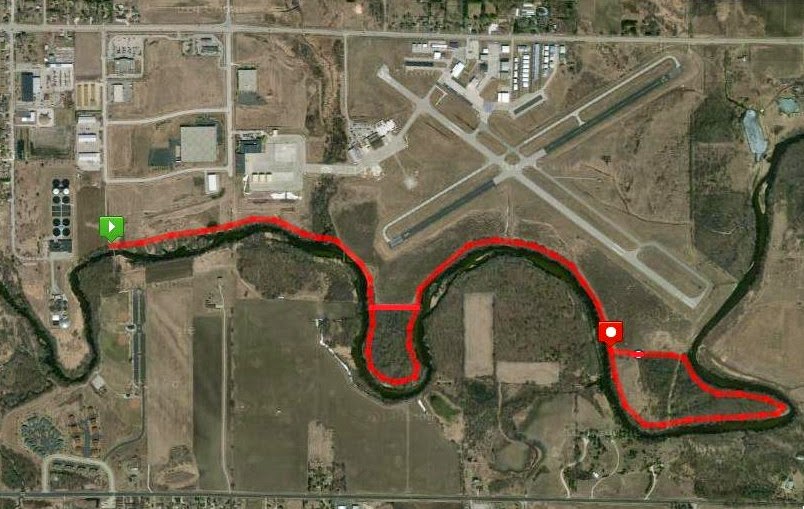 We might see some development this year. And as the city pushes its corporate limits farther to the east, we could see additional development in the future. With cooperation from other municipalities, someday we might even see the realization of this old idea from the Southeastern Wisconsin Regional Planning Commission: 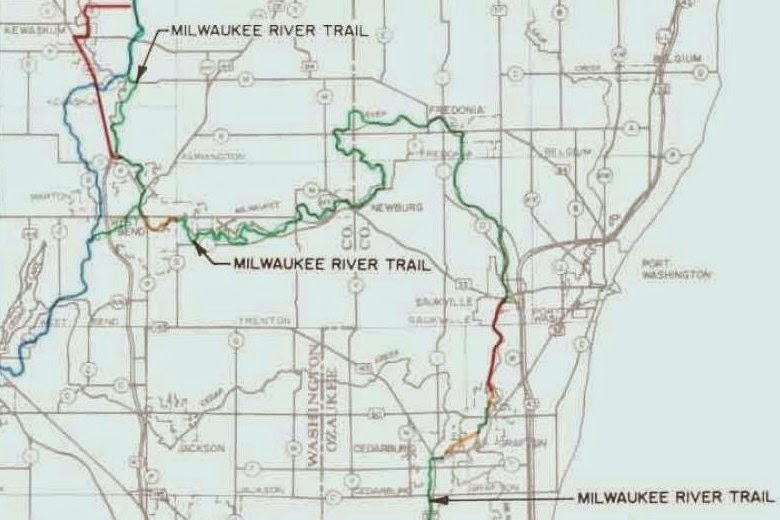 Wouldn’t it be great to have a Milwaukee River Trail connecting West Bend to Newburg, Fredonia, Saukville and Grafton? Once you get that far, you can connect to the Ozaukee Interurban Trail, which connects to Milwaukee County’s trail system, and so on. Washington County needs an east-west trail corridor to offset the strong north-south bias created by the Eisenbahn State Trail and the Ice Age Trail. A revitalized Milwaukee River Trail concept might be just the thing.
Posted by Dave Hanrahan at 9:00 PM