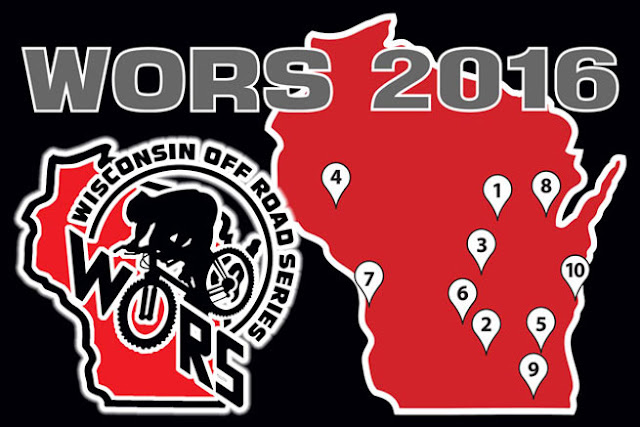 Today the Wisconsin Off-Road Series announced its 2016 schedule. Racers who have grown accustomed to a 12-event season were surprised to see just 10 events on next year’s calendar. Long-time favorites at Wausau and Rhinelander are gone; the remaining events from this year’s calendar will be back.

If you are a series racer, then you should know that WORS has not reduced the number of races that will count toward the season-long points championship. You simply will have fewer opportunities to get those Best 7 or Best 8 results, and woe to you if you have a DNF or other bad result that you need to replace.


I haven’t done any planning, but my 2016 mountain bike season probably will include a mix of WORS and WEMS events with no series ambitions in either. I am likely to do the short track race at the WORS Cup, and I definitely want to go for another win at the Reforestation Ramble. Lake Geneva and Sheboygan are out because they will conflict with cyclocross. Eau Claire and La Crosse are probably out because they are on the other side of the state and I won’t have a big travel budget. The WEMS schedule has not yet been announced.
Posted by Dave Hanrahan at 7:00 PM