With Necessity Even The Gods Do Not Contend 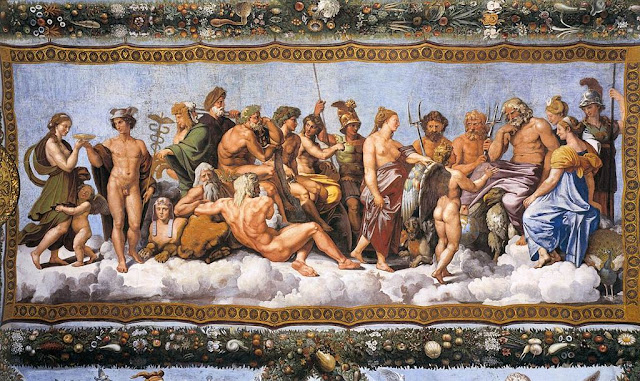 Public discourse this week has focused largely on religion, particularly on the merits of Christianity and Islam. Sorting out that mess is far beyond the scope of my little cycling blog, but I will say this: religious and secular laws alike must bow, as they always have, to the laws of nature, to those things that are truly necessary. For example, no religion compels its adherents not to eat. You may not be allowed to eat certain things, or at certain times, or in certain places, or in the company of certain people, but you are allowed to eat.

In identifying a hierarchy of needs applicable to all of us, psychologist Abraham Maslow provided a reminder that humans are animals first. And like all animals our most basic physiological needs must be met before we can trouble ourselves with the complexities of society. Expressed graphically, Maslow’s hierarchy is a pyramid where things like food and water are the foundation. Progressing through less concrete layers, we eventually reach the top: self-actualization. To put it simply, that’s the point at which the individual has made his greatest effort to reach his greatest potential. Self-actualization is completely subjective. You decide what you want to be, and you decide the criteria by which you succeed or fail. That’s a classically liberal goal with infinite possibilities, but the well-worn path of the suicide bomber remains open to the unimaginative.

I keep a comprehensive To Do list but never once has it urged me to “work on self-actualization.” It often urges me to ride my bike, and that may be as close as I get to the top of the pyramid. My pyramid. Again, the goal is subjective, and I don’t have to be the Tour de France champion to be satisfied. Cycling is a physical manifestation of who I am. This week, then, has been a bummer because I haven’t been able to ride. Between bad weather and other circumstances, I haven’t ridden since Sunday and I don’t know when I will ride again. This is the week that winter weather arrives, just in time to wipe out my participation in the state cyclocross championships. The best I can do in freezing temperatures on a snow-covered course is not the best I can do. It’s pointless in a way that just lining up against racers of much greater ability is not.

The top of the pyramid is elusive by design, but sometimes even the less lofty layers are a challenge. When the foundation fails, it pulls everything down. For me there is relief at the end of the 2015 cycling season because less egocentric matters also demand my attention … and my money. I was very fortunate not to suffer any real setbacks during my period of unemployment earlier this year, but in the two months since I went back to work it seems like life has decided it doesn’t need to go easy on me anymore. Commuting 300 miles per week has revealed a host of problems with my vehicle that were either unknown or unimportant when I worked from home. Since mid-September I have replaced the tires, the battery, the engine’s oxygen sensors, and a headlight, totaling more than $1,000 in parts and labor. A few issues remain but they are not an immediate threat, and I have problems beyond the garage. My old desktop computer requires a reboot at least once a day. Cyber Monday was good to me last year when I had plenty of disposable income and it will have to be good again this year when I do not. I rely heavily on my PC, so there goes another pile of money. But the real budget killer could be my home furnace, which continues to provide heat but now makes unsettling noises that suggest an unfavorable change to its 20-year-old workings. Looking at the big picture, I didn’t spend a ton of money on cycling this year. Nonetheless, I’m glad to be done spending on it until 2016.

And cycling isn’t alone in the self-actualization layer; there are other pursuits that I consider central to my life and in the six weeks that remain this year I want to give them more time and effort. Earlier this week I finished my first book of 2015 and already I am halfway through the second. I used to read 25-30 every year. It’s time to rediscover the home gym, too, as my upper body strength training sessions have lacked focus and results in recent weeks.

If the weather improves between now and the end of the month, then I will get back on the bike to set a personal record for miles in November. But that’s a small prize for which I am not willing to do anything heroic. In the most likely scenario I will hike more than I ride between now and the end of the year. The simple act of walking through the woods takes me back to the idylls of my childhood in West Newton PA, where I was more fully self-actualized than I have been at any time since.
Posted by Dave Hanrahan at 9:00 AM