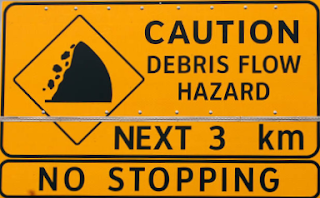 The Amgen Tour of California concluded yesterday, crowning Tadej Pogačar as its overall champion after seven stages and no small of amount of controversy. Fortunately, none of the controversy will diminish Pogačar’s achievement; the 20-year-old UCI WorldTour newcomer was outstanding all week and proved himself a worthy winner by distancing all rivals Friday on Mt. Baldy.

But the story that dominated the tour was the decision of the race referees to keep Tejay van Garderen in the leader’s jersey at the end of Stage 4 on Wednesday. Van Garderen crashed with less than 10 kilometers to go and was attempting to rejoin the peloton when another crash—one in which he was not involved—impeded his progress. That second crash occurred with 3.4 kilometers remaining. There’s a UCI rule that protects a rider’s position on general classification if he is involved in or delayed by a crash in the last 3 kilometers, giving him the same finishing time as the others with whom he was riding when the crash occurred.

That’s 3.0 kilometers. And 3.4 is more than 3.0, isn’t it? The difference appeared not to matter to the race referees, whose very liberal interpretation of the rule allowed van Garderen to retain the top spot on GC when otherwise he would have fallen hopelessly far behind. Van Garderen’s collapse Friday on Mt. Baldy ensured that he wouldn’t be the overall winner, Pogačar or no Pogačar, so it all worked out in the end, right? Well, not really. What consolation is there for Kasper Asgreen, who would have become the race leader if not for the referees’ intercession? How would the race have changed with Asgreen in the yellow jersey on Thursday?

From race directors to fans airing their grievances on social media, a fair number of observers thought Wednesday’s ruling smacked of favoritism for an American rider in an American race. VeloNews captured much of that sentiment and it cannot simply be dismissed. Remember that plenty of American fans accused European commissaires and journalists of anti-American bias during the Lance Armstrong days. Creating an environment where these kinds of accusations take root will lead only to an even looser interpretation of the rules as local judges protect their favorites or get revenge for some earlier slight.

The VeloNews article also questions whether the 3-kilometer rule should exist at all. Fine: by all means, question that. But for now the rule does exist. And don’t confuse a rule with a guideline. We’re not talking about give-or-take 3 kilometers; we’re talking about exactly 3 kilometers. Only the strictest interpretation, applied every time the rule is invoked, can ensure fairness and impartiality. Make the rules apply the same way to all riders at all times and there’s nothing more to discuss, no matter how harsh that may seem. On Wednesday, van Garderen wouldn’t have lost the jersey because of the judges’ decision; he would have lost the jersey because he crashed and later went off course. Things like that happen in bike races and we can’t administer them away. We can’t give greater precedence to what should have happened—or, perhaps, to what we wish had happened—than we give to what actually happened.

Writing about the 3-kilometer rule back in 2015, I predicted a change that would allow GC contenders to stay out of the way of the sprinters without costing themselves any time. That change hasn’t happened yet, and maybe it never will, but I’m not the only one thinking about it. Speaking to VeloNews after Wednesday’s stage, CCC team director Jackson Stewart said, “If the rules are going to be subjective, then we should look at every sprint stage, pick a safe point, get the GC guys there and then stop the watch.” As I noted in my blog post, there still would be a point on the road that every rider is willing to break his neck to reach, so maybe we’re only moving that point. But something’s got to change, and the first step is to enforce the existing rule, every time.
Posted by Dave Hanrahan at 5:30 AM