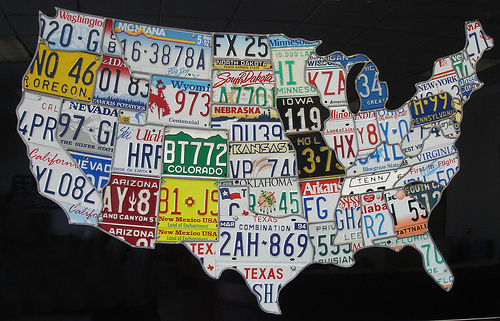 Today I was surprised to learn that my home state, Pennsylvania, has produced more Major League Baseball players than any other state except California.  Roy Campanella, Nellie Fox, Ken Griffey Sr., Ken Griffey Jr., Dick Groat, Reggie Jackson, Tommy Lasorda, Christy Mathewson, Stan Musial, Mike Piazza and Honus Wagner all were born in the Keystone State.  So was the 1982 AL Cy Young Award winner: Pete Vuckovich of the Milwaukee Brewers.  There are hundreds more that you wouldn't recognize.

My little hometown, West Newton, has produced just one Major Leaguer.  His career wasn’t nearly as illustrious as those of the men listed above.  Jimmy Uchrinscko played just 3 games for the 1926 Washington Senators, allowing 13 hits, 8 walks and 9 earned runs in 8 innings out of the bullpen.  He struck out no one, had an ERA of 10.13, and was 0-for-2 as a hitter.  On the upside, I suppose, was his fielding prowess: he cleanly handled all 3 balls that were hit back to him.

Jimmy was born in 1900 and died in 1995.  A lot of the Pennsylvania-born players came out of the 1800s: men who lived, played, and died before there were any teams west of St. Louis.  These days the Major Leagues are dominated by players born in California, Texas and Florida.  That dominance is the product of two factors: population trends and weather.  Baseball is a game that rewards skills as much as raw athleticism, and skills develop more fully when you can play outside all year.

So, what about cycling?  It doesn’t depend on fair weather to the extent baseball does, but is there a correlation between birthplace and professional success?  This season, 10 Americans appeared in the UCI WorldTour rankings.  Here are their names and places of birth:
You could say there’s a bias toward the Rocky Mountains and Pacific Northwest.  But, of course, birthplace and residence aren’t the same thing.  Back in Jimmy Uchrinscko’s day, people didn’t move around much.  Jimmy died just 14 miles from his birthplace and was buried at West Newton Cemetery.  Leipheimer may have been born in Montana, but he has lived in California for years.  Danielson now calls Colorado home.  Hincapie is the big man on campus in Greenville SC.  And so on.

And none of that begins to account for the American riders’ overseas homes.  Their racing schedules—dominated by events in Europe—demand that the riders base themselves in Europe for much of the year.  The Australians do the same thing.  Is Cadel Evans now an Italian and Robbie McEwen a Belgian?  You could make that argument.

I’m inclined to think that success at the top level isn’t related to birthplace or to current residence.  At least, not yet.  But the domestic road racing scene in America now is dominated by riders from Colorado, Utah and California.  Will those states become to cycling what California, Texas and Florida have become to baseball?
Posted by Dave Hanrahan at 9:27 PM