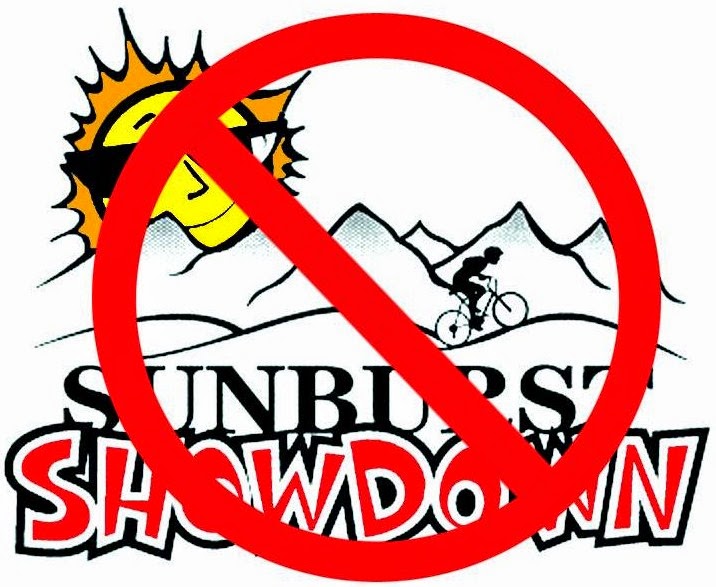 WORS announced today that the Sunburst Showdown has been canceled. The race was scheduled for July 27 in Kewaskum, and it would have been the only USA Cycling-sanctioned race in Washington County this year. I heard about the impending cancelation when I was at the Giro d’Grafton last Saturday, and I knew that WORS was scrambling to find another location. There just wasn’t enough time to put together a good replacement.

Pleasant Valley Park in Ozaukee County was one of the trail systems WORS considered. But that location has only a small fraction of the parking required for a WORS weekend. And the trails are so tight that there’s almost no place to pass. And half of the system is a swamp after even the lightest drizzle.

WORS will issue refunds upon request for racers who already had registered for Sunburst. For all-in-one series registrants, WORS will make some compensation in August. But the 2014 season will consist of just 11 cross country races instead of the usual 12.

Sunburst is now a two-time loser. The race disappeared from the WORS calendar in 2011, then returned for 2012 and 2013. Its demise in 2014—and particularly the way in which it failed—likely means that it won’t be back. The ski hill’s owners and the race organizers just weren’t on the same page, and there was little cooperation from neighboring landowners whose properties might have been used to extend a course that already suffered from a lack of singletrack. Because of its proximity to large population centers the Sunburst Showdown always drew a big crowd, but most racers regarded the course as substandard.

So, let the speculation begin for 2015! The Border Battle in River Falls was the event that got cut from the WORS calendar when Sunburst returned in 2012. It lives on as the Border Crossing in the Minnesota Mountain Bike Series. Will we see its return? Back to Bear Paw, maybe? Or will an entirely new race emerge?
Posted by Dave Hanrahan at 12:21 PM