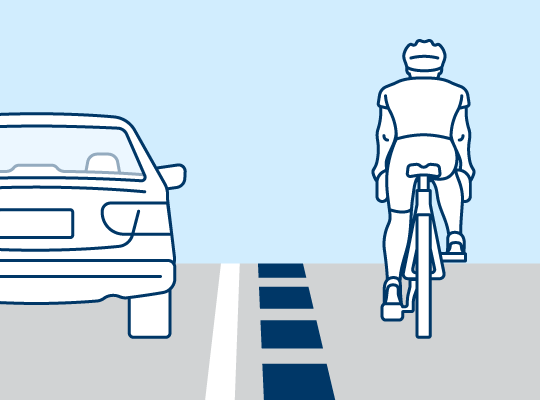 There’s a new Adventure Cycling Association initiative to improve safety for cyclists by identifying unsafe rumble strips on roads across America and recommending a set of design and implementation criteria. It’s a very reasonable framework, and Adventure Cycling wisely has chosen not to begin the conversation as another episode of Cars vs. Bikes. The recommendations don’t say rumble strips never have a useful place on our roads; they do say that the needs of cyclists must be taken into account. 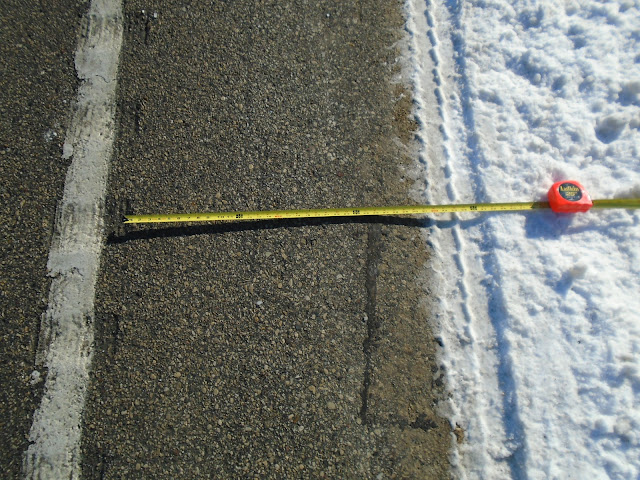 In this case the rumble strip and the fog line occupy the same space, leaving 32 inches of additional paved shoulder on the right. It’s not badly done; it’s just too narrow to meet the Adventure Cycling Association criteria.

This is the situation on State Highway 28 east of Kewaskum: 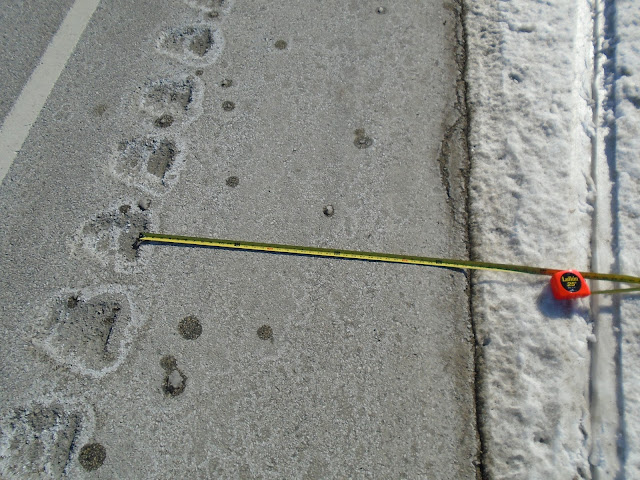 The rumble strips on Highway 28 come closest to the Adventure Cycling Association standards. They even include periodic breaks to allow easier movement from one side of the strip to the other. That’s important to a cyclist who sees debris or an obstruction ahead and wants to move back to the left. Centerline rumble strips are a feature of that same section, but in my experience they have not had the effect of directing vehicles closer to the fog line and, therefore, closer to me. 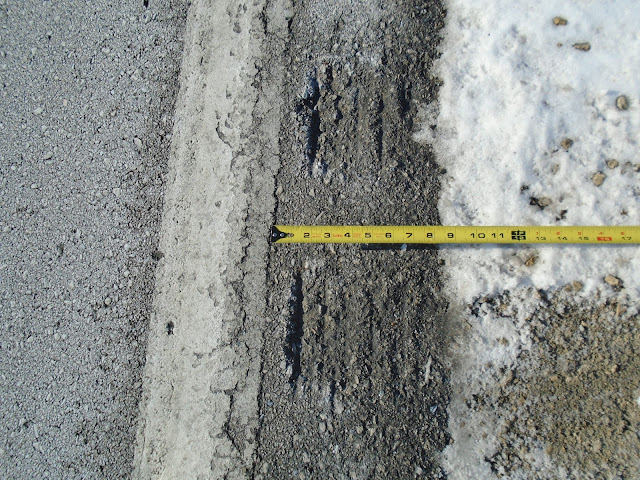 This very short rumble strip section occupies the entirety of the 9-inch paved shoulder. You won’t be riding on this, and you have to question how effectively it would serve its purpose. How would an inattentive driver hitting this rumble strip react in time to stay on the road? I remember riding on the newly-repaved road before the rumble strip was carved out, then shaking my head in disbelief on my next visit. This section feels like the answer to a question no one was asking.

It will be interesting to see how the Adventure Cycling Association initiative fares. Plenty of good ideas attract support in principle but fail to materialize in the real world of budget constraints. But regardless of whether these recommendations become nationwide standards, they at least deserve consideration in Washington County as our new bicycling master plan moves toward implementation.
Posted by Dave Hanrahan at 12:30 AM