Into The Home Stretch 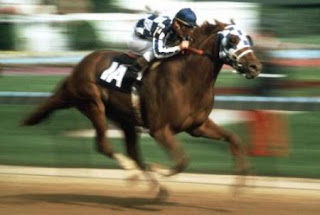 Despite the 10-day layoff that followed my crash earlier this month, I am still on pace for another record year. I may not reach the 5,000-mile mark to which I aspired, but anything in excess of 4,800 would be a personal best. Heading into the final four months of 2010, I have covered 3,548 miles. I’m 8 miles ahead of my 2009 pace. But …

September 2009 was incredibly good to me. I set a personal best for any month with 800 miles. I was on vacation for part of that month, able to ride on weekday afternoons without worrying about waning daylight. This year it’s unlikely that I will hit 800 miles in September, as weekend rides will have to account for the bulk of the miles. And last November was exceptional … for November. I covered 257 miles (PR) in 6 weekend rides. That also could be tough to top this year.

On the other hand, October 2009 was miserable. I did just 8 rides for a total of 203 miles. I should be able to beat that this year.

But all of the effort late last year got me only to 4,800. So, can I do that and 200 more to reach 5,000? I think it’s doubtful but it’s not out of the question. I have 50 more hours of vacation to schedule before the end of the year. At best there are 12 weeks left in my 2010 cycling season—I have never ridden in December—and I’ll need about 120 miles a week to reach 5,000. Weeknight rides will be, effectively, over by mid-September. At that point I’ll be at the mercy of the weather, as weekend afternoons will be my only options.

This weekend, at least, looks like a promising start to the home stretch. On Saturday I’ll do the Washington County Bicycle Club’s “Farmland 55” ride out of West Bend, and I’ll ride to the start/finish to make it a metric century. On Sunday I’d like to do the Bay View Bicycle Club’s “Big Cedar Lake Ride” from Holy Hill. That could be about 80 miles if I ride there and back. And next Monday is Labor Day, a chance to ride all afternoon if it doesn’t rain. Solo century, maybe? I’ve never done one.
Posted by Dave Hanrahan at 9:31 PM