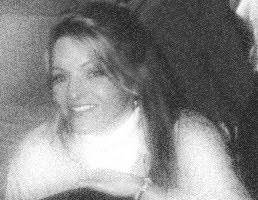 I really wanted things to work out. I always looked forward to being with her, but the anticipation of her company was often sweeter than the reality. Other people warned me that we were incompatible, but I persisted. There were just enough moments that met or exceeded my expectations, just enough glimpses of what might be.

How like that relationship is my affiliation with the Washington County Bicycle Club! I get excited by the club’s potential and then disappointed by the reality of club rides that are poorly attended and ploddingly completed. But once in a while—perhaps just often enough—we get it right. Today was such an occasion. We had a great route, beautiful weather and a large enough turnout to allow me to ride at a fun pace with people who wanted the ride to be something more than a joyless procession.

I know a fresh disappointment could be just a week away, but I won’t expect something bad. The next club event is part of the new “Adventure Ride” series and we’ve had good luck with those. They show the club in its best light and the series needs to be expanded for 2011.

Things didn’t work out with the girl. Dave the Realist finally overruled Dave the Romantic—who, let’s face it, was kind of a pussy anyway. I called off the pursuit. In the interest of full disclosure, in the intervening 20 years I’ve never had the impression that the girl was sorry to see me go. But I can’t be swayed from my belief that she would have been better off with me than without me. I think the WCBC is better off with me than it would be without me. Today it gave me a reason to keep hanging around.
Posted by Dave Hanrahan at 3:35 PM