I had a great time today in Verona at the US Cyclocross National Championships.  The racing was awesome at it was fun to see so many friends in the crowd.  Team Pedal Moraine was well-represented, with no fewer than 7 members in attendance.  Jeremy Powers won the men’s race: 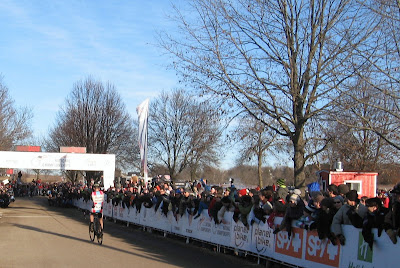 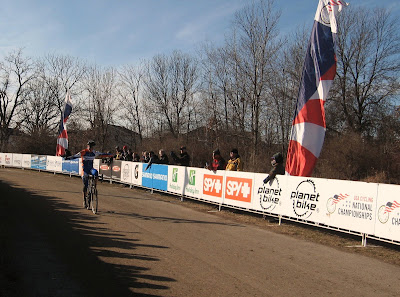 Racine’s Kaitlin Antonneau, who won the women’s collegiate championship on Saturday, couldn’t challenge Compton but easily outdistanced the other women for 2nd place: 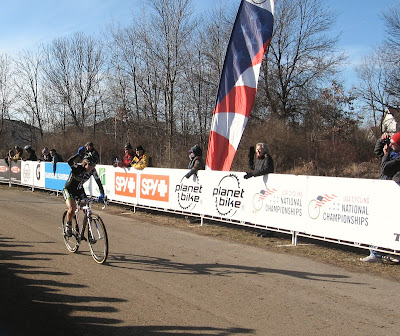 Zach McDonald, who won the U23 race on Saturday, made a strong bid in the men’s elite race before finishing in 4th place.  Sheboygan’s Brian Matter was Wisconsin’s highest-placed male at 13th: 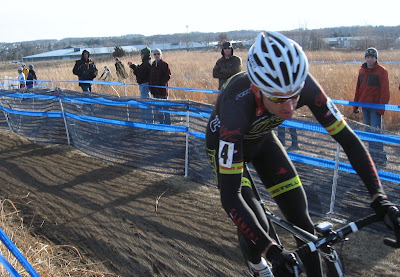 As you would expect, at the elite level of the sport there are plenty of cool bikes and wheels on display.  But sometimes cheap, low-tech solutions work too.  Arley Kemmerer, 10th among the elite women, used wine bottle corks to plug the ends of her handlebar: 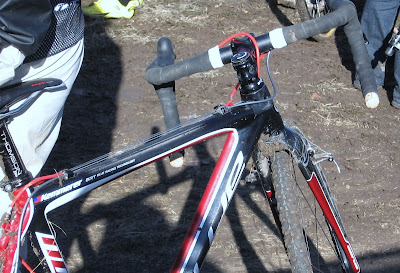 Great stuff!  And we get to do it all again next year.  But who wants to bet that it won’t be 40 degrees and snow-free two years in a row?
Posted by Dave Hanrahan at 7:22 PM