It’s What You Value 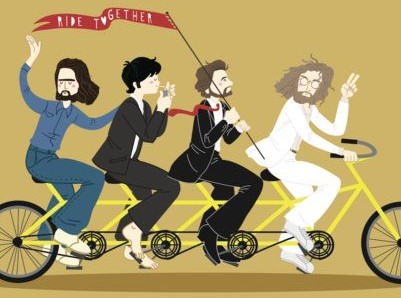 In a strange season that probably won’t come with any licenses, trail passes, race entries, or special event fees, I’m still finding ways to spend money on cycling. The bikes have been running like champs, but I’ve been forced to replace some of the little things that enhance my sport.

It seems like half of my cycling wardrobe instantly got old and worn out, and I have had to throw away several pieces. This week I purchased more bib shorts. I started wearing bibs in 2011 and in recent years I have switched to bibs exclusively during warm weather months. I still have some regular cycling shorts—all in scandalously poor condition—but I use them only under tights on chilly rides. You’re welcome.

Many of my socks have died this year too, so I will be buying more of those soon. I’m doing OK on jerseys, but two of my nicest have dead zippers that prevent me from wearing them. They are in great shape otherwise, so today I hired a local seamstress to repair or replace the zippers at a considerable discount to the replacement price of the jerseys themselves.

I went through another tail light this year, so I replaced it immediately. I ride with a tail light even on bright, sunny days, as I am convinced it enhances safety in traffic. And I got a new CO2 inflator to replace one on which I couldn’t rely. Fortunately, I haven’t had to use it; this has been a year without flat tires … so far. I replaced my cable lock while I was in Pennsylvania, as the trip revealed the frustratingly fickle nature of the old lock. Busting open a knuckle while trying repeatedly to lock my bike to my car rack was the last straw. Accessories like these are really nice to have and they don’t cost a fortune. I paid about $100 for the lot.

But there may be a larger expense on the horizon: my GPS device. In recent weeks I have seen erratic behavior from my Garmin. It’s an old Edge 500 … probably past its expected service life. Still, I hope I don’t have to drop $200-300 on a new device this year. When the time comes, it will be nice not waiting so long for the device to acquire a satellite signal and not having to import my activities manually on the Garmin Connect website. And hopefully the new device will be a little smarter beneath overhanging trees, where the current device under-reports my speed and distance.

This could be a $500-750 year for clothing and accessories. That’s not insubstantial but it’s not the end of the world. I’m making these acquisitions with the expectation that I will get several seasons out of them, just as I did with their predecessors. It’s money I wish I didn’t have to spend, but it’s money well-spent.
Posted by Dave Hanrahan at 9:10 PM