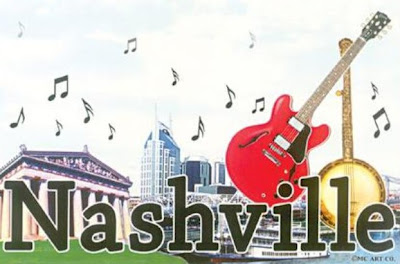 On Monday I learned that a proposed business trip to Nashville has been approved and funded. I will be there May 20-24, inclusive. The trip will be an interesting opportunity for me professionally, as I will be meeting some coworkers with whom I have collaborated via telephone and email but not yet in person. It’s a trade show, basically, with activities to keep us busy on Tuesday the 21st, Wednesday the 22nd and Thursday the 23rd for most, but not all, of the day.

You’ll never guess how I plan to use my free time.

I’m going to drive down so that I can take a bike. I’ll use Monday the 20th and Friday the 24th as vacation/driving days. I should arrive in Nashville by late afternoon on the 20th, with plenty of remaining daylight for a bike ride. Business is scheduled to conclude by 5:30 p.m. on the 21st, by 6:45 p.m. on the 22nd and by 3:15 p.m. on the 23rd, giving me plenty of time for after-work rides. Sunset will be at 7:52 p.m. Of course I checked; I’m geeky like that.

Nashville isn’t completely new to me. I lived there for six months in late 1993 and early 1994. I worked for a different company at that time and relocation was part of the deal. In just 50 weeks I moved from Milwaukee to Nashville to suburban Chicago and back to Milwaukee again. It was stupid. Expecting my time in Nashville to be short, I didn’t even bother to unpack a lot of my stuff. And I never really got to know the city. I learned its highway system, but little else.

In May I will get to see Nashville through the eyes of a cyclist and I think that will be a great experience. With my racing season scheduled to begin in early June, those rides also will be critical to my preparations. I don’t yet know Nashville by bicycle but I do know that there are plenty of hills to climb, and that’s a good thing.

Posted by Dave Hanrahan at 8:08 AM