Not The Welcome I Expected 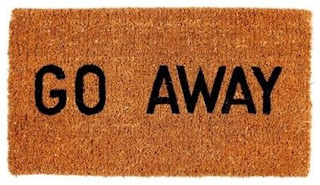 Last Friday the DNR opened the mountain bike trails in the Northern Kettle Moraine State Forest. That’s 36 days later than the 2012 opening, thanks to a lot of rain and even some April snow. Unaware that the DNR had opened Greenbush and New Fane, last Friday I went to Glacial Blue Hills for my first hour of singletrack in 2013. Right away I was riding cleanly over a couple of areas that had been problematic for me last year, so I felt pretty good about things.

With temperatures in the 80s but very high winds, today I headed to New Fane. I was anxious to see those trails for the first time since last September. Apparently, the New Fane trails weren’t anxious to see me.

Nothing seemed amiss during my warmup lap, a 32-minute effort that mirrored my first timed lap last year. (By early summer I was routinely running 26- to 27-minute laps.) But a little more than a mile into my second lap I shifted into my spokes and brought the bike to an abrupt stop. I must have taken a rock strike somewhere along the way, bending my rear derailleur hanger. When eventually I went for the largest sprocket on my cassette, the chain overshot its mark and jammed itself so thoroughly that I literally had to carry the bike back to the parking lot. The rear wheel wouldn’t spin and I had no way to break the chain. The bike is in the shop now. I’m out a couple of spokes and a derailleur hanger for sure … maybe a chain and maybe the derailleur itself.

Whatever. I just want it fixed. Now that the trails are open, I need to become a regular visitor. The Red Eye Rendezvous in Wausau—which I still believe will be my WORS debut in 2013—is just 33 days away. At least the mountain bike isn’t my only bike. Looks like I’m going for a long road ride after work tomorrow afternoon.
Posted by Dave Hanrahan at 10:00 PM